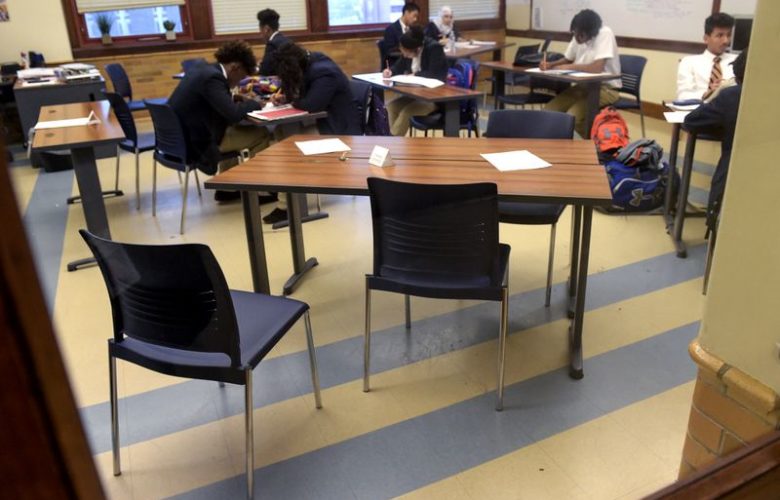 After years of failing to “win” a spot in Hartford, Conn.’s magnet-school lottery system, black and Hispanic families such as LaShawn Robinson’s discovered the admissions process was rigged against them. The so-called “interdistrict” magnet schools in and around Hartford were required by state law to enforce racial quotas, and magnet schools that failed to enroll (and maintain) at least 25 percent white or Asian students would lose funding. As a result, these schools capped black and Hispanic enrollment at 75 percent.

Only because of a federal civil rights lawsuit brought by Robinson and several other families, the state of Connecticut recently agreed to change the rules for Hartford’s interdistrict magnet schools, which are now precluded from using race to make admissions decisions.

In 1996, the Connecticut Supreme Court ruled in Sheff v. O’Neill that Hartford’s public schools were insufficiently desegregated. In response, the state increased funding for Hartford’s interdistrict magnet schools, hoping to attract suburban (white and Asian) students to Hartford schools and vice versa. The schools were (and remain) — everyone agrees — excellent and, therefore, popular, especially among Hartford families consigned to failing urban schools. Because of the schools’ popularity, the state established an admissions lottery.

The lottery, however, was tweaked continuously in order to meet the 25/75 quotas. Ultimately, these manipulations didn’t produce the intended results since Hartford could not attract enough white and Asian applicants needed to maintain full enrollment and meet the 25 percent quota at each school. As a result of the hard 25/75 caps, schools left otherwise available seats empty.

Here’s how this could happen: Imagine a school with a capacity of 500 students, and assume that the first 400 students selected by the lottery consist of 100 white and Asian students, and 300 black and Hispanic students. At that point, the 25/75 quotas are met. But now imagine that the next 100 names selected by lottery are all black and Hispanic. Admitting any one of those students would upset the 75 percent black-Hispanic cap. Schools faced with this situation stopped enrolling students — and those 100 seats were left empty, denying admission to black and Hispanic students because of their race.

This policy initially applied only to Hartford-area magnet schools. But in 2017, Connecticut passed a law that imposed the 25/75 quotas on all interdistrict magnet schools in the state.

Among the victims of this race-based policy were students at New Haven’s Cortlandt V.R. Creed High School, a popular, successful magnet school that was forced to close following the threat of economic sanctions because of its inability to maintain racial quotas. In effect, Creed High School shut its doors because it had too many (91 percent) black and Hispanic students.

It may be too late for Creed’s former students, but some good news has emerged. The Connecticut Superior Court, which retains jurisdiction over the long-running Sheff lawsuit, recently entered a “Phase IV Stipulated Order” that eliminates the racial quotas in the Hartford-area magnet schools and precludes the state from imposing economic sanctions for a school’s failure to meet the (former) quotas. This order also proposes to increase the number of seats available for Hartford students.

None of this would have happened if Robinson and her co-plaintiffs had not filed their lawsuit. (The three previous stipulated orders in the Sheff case all required racial quotas.)

Represented by Pacific Legal Foundation, Robinson and the other plaintiffs alleged that the Hartford schools’ racial quota, including the lottery process that determined student enrollment, violated the 14th Amendment’s Equal Protection Clause. Connecticut and the NAACP Legal Defense and Educational Fund (which represented parties who joined the lawsuit as defendants) fought against Robinson and other parents. They tried unsuccessfully to get the Robinson case thrown out of court.

Discovery in the case revealed a study commissioned by Connecticut’s State Department of Education confirming that the Hartford schools had left available seats empty solely to meet the hard racial caps imposed by the (previous) Sheff regime.

Because of the Robinson lawsuit, therefore, the state and the Sheff plaintiffs hammered out the terms of the Phase IV Stipulated Order that, it appears, resolves all of Robinson’s allegations.

This order applies only to the Hartford-area schools — and Pacific Legal Foundation has challenged, in a separate lawsuit, the statewide quotas. But hopefully, the order will spur the Connecticut legislature to repeal the law that imposed the statewide quotas so that the Constitution State will treat all of its students equally, regardless of their race.

Oliver Dunford is an attorney for Pacific Legal Foundation, which litigates nationwide to achieve court victories enforcing the Constitution’s guarantee of individual liberty. Follow him on Twitter @ojdunford.

This op-ed was originally published by The Hill on February 19, 2020.