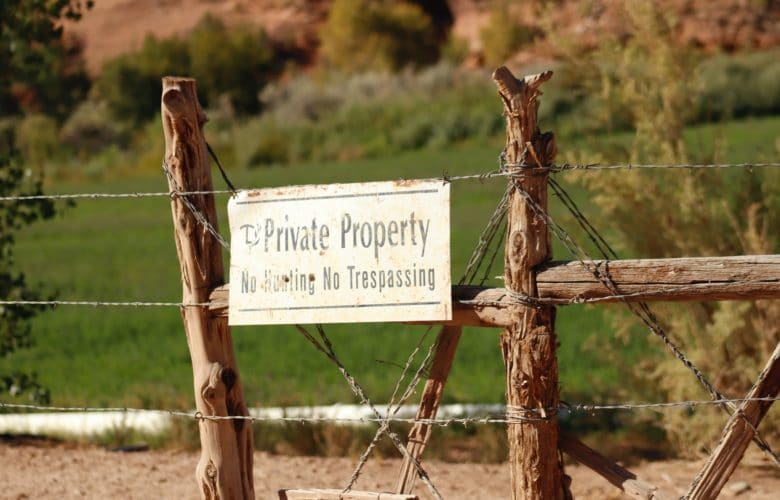 Which of these things is not like the others?

In all these cases, people advocating a cause invaded private property to interrupt operations and espouse their points of view. But whereas the BLM and animal welfare activists, students, and environmentalists acted illegally and could be removed and potentially prosecuted, agricultural union organizers in California enjoy a special privilege to trespass and trample on property rights.

Only in California and only in the agricultural industry

What makes agricultural unions so special in California? In short, they have developed such a strong relationship with the state’s government that they convinced the Agricultural Labor Relations Board to grant them this special favor in the form of an “Access Regulation.” The regulation allows union organizers to enter the “premises of an agricultural employer for the purpose of meeting and talking with employees and soliciting their support . . .”

This special privilege to trespass violates the Fifth Amendment’s prohibition on physical takings, as PLF argues this month in Cedar Point Nursery v. Hassid. Whether you love unions or loathe them, there is no reason they should have the unique ability—unlike any other type of activist—to trespass on private property.

Trespassing on a business’ property is an inherently antagonistic tactic that may lead to violence. And, unfortunately, union organization drives have a long history of violent confrontation.

In the early part of the 20th century, iron worker unionists engaged in a “dynamite” campaign that caused damage to 110 nonunionized iron works employers over a period of five years. The campaign culminated in the bombing of the Los Angeles Times building (at the time an adamantly anti-union publication), killing 21 employees.

In 1989-90, unions engaged in a months-long strike of the Pittston Coal Company that began with standard picketing and nonviolent protest but devolved into rock-throwing blockades to shatter coal truck windshields and use of plastic pipes studded with nails to puncture truck wheels. A sympathetic socialist press report lauded unions’ “factory occupations and civil disobedience in the fight for justice and workers’ power” and refers to the Pittston Coal strike as a justifiable “guerrilla war.”

It’s not just employers versus unionists. Violence occurs between competing unions as well. For example, in the early 1970s, the Brotherhood of Teamsters Union vied with the UFW to represent California’s agricultural workers. The Teamsters “terrorized UFW labor organizers and members with physical violence,” even firebombing UFW offices.

Given the potential for violence inherent in these confrontations, granting unions a privilege to trespass can only heighten the danger for workers at the center of the storm. Laws and regulations that exempt unions from the peaceable behavior expected of everyone else—particularly on someone else’s private property—are both bad public policy and, in the case of state-sanctioned trespass, unconstitutional.

All private organizations, including unions, must comply with the U.S. Constitution: no exceptions

Agricultural unions, like all other organizations, have a First Amendment right to speak to workers to try to convince them to join the association and to speak to employers and the public to persuade them to adopt their preferred policies. The unions enjoy a variety of statutory privileges as well. But those privileges cannot infringe on other people’s constitutional rights.

Just as unions cannot force workers to subsidize their political activities, because this violates the First Amendment rights of workers who would choose to remain silent or hold views opposed to the union’s, so too the unions’ right to assemble is constrained by the property rights protected by the Fifth Amendment. On a public street or in a public park, union organizers may gather to draw attention to the union’s positions and generate support. But on private property, such as Cedar Point Nursery’s strawberry packing plant, the union should not be able to enter without the owner’s permission.

California’s gift to agricultural unions grants them access over the owner’s objections up to three hours per day, 120 days per year. This special privilege is unfair, unconstitutional, and even unnecessary:  agricultural unions in every other state have found ways to organize workers without invading private property.

The government’s job is to protect constitutional rights, not to violate them or authorize others to violate them. Laws must be applied equally, without special privileges for favored groups. Including unions.

Orange County Register: The Supreme Court must protect the property rights of California farmers March 23, 2021 I By JAMES BURLING