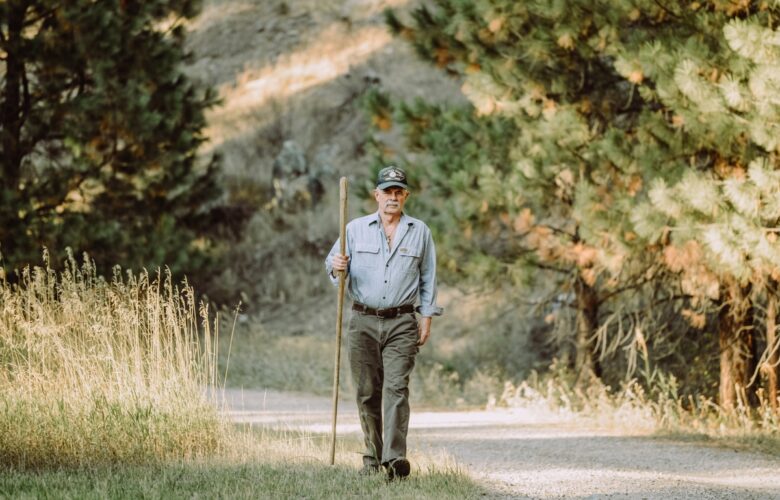 Taking on the United States government in court is not for the faint of heart—it takes courage, grit, and a deep belief in the cause for which you are fighting.

When the government violated the terms of an agreement it made with property owners in Montana, one man refused to take the abuse lying down.

No matter how much time passes, Wil Wilkins is still mesmerized by his view of the majestic Rocky Mountains—the view that brought him to Montana all those years ago.

“It’s my picture-perfect place,” he says, his voice filled with reverent enthusiasm.

“I look across and I see the mountain ridges, and then up above all of it is a snow-cap granite mountain peak. And if that doesn’t give people goose bumps to hear about that, I am sorry, but that’s just my ideal place to live.”

Before settling in Montana, Wil spent nearly four years living on horseback working on different ranches. But those Montana mountains called to him like a siren’s song, and he eventually bought property on the edge of the Bitterroot National Forest.

“I guess,” he says, “I’m just a mountain man at heart. I was born in the Appalachian Mountains, in the hills of West Virginia. It’s in my blood.”

A mountain man indeed. As Wil tells you of his life, your mind immediately conjures up images of a rugged protagonist in a Louis L’Amour novel.

Wil’s passions are reminiscent of eras gone by. A master blacksmith, he was once asked to travel to Scotland to participate in the reconstruction of a trebuchet—a catapult used during medieval times.

In addition to being a stone mason, Wil also restores old-fashioned log cabins using only his axe and his might.

As his mother once opined, Wil, it seems, was born in the wrong era.

The 72-year-old embodies a love of land and a commitment to community that is rare in the modern digital world.

Unfortunately, the government’s disregard for private property has threatened his way of life, tainting his tranquil life with turmoil and constant chaos.

But a true mountain man protects his land, and Wil’s fight to protect his property is taking him from the mountains to the Supreme Court.

When Wil and his neighbors bought their property, they did so knowing that the U.S. Forest Service and specific permit holders (like loggers and ranchers) had the right to travel across their property to access the forest. The government’s right to enter their property is known as an “easement.”

The terms were agreed upon decades ago, and with the activity so limited in scope, the special allowance wasn’t a major concern for Wil.

In 2006, Wil was surprised to see that the Forest Service had posted a sign along this road, stating that the logging road was now open for the public to use to access the national forest.

While another public road leading to the forest exists just a few miles north, the road cutting through Wil’s property (known as Robbins Gulch Road) has resulted in wide use that has become a major nuisance to the property owners.

Road damage, fire threats, verbal abuse, and illegal hunting are just a few ways the road has disrupted the peace of the once-quiet property.

“This is my life. And then when somebody comes roaring by my shop at 30 or 40 miles an hour, it disrupts my life. It disrupts everybody’s life on this road. I mean, I think I’ve even seen just skid marks of over 127 feet.”

But the speeding vehicles are hardly the only cause for concern.

Wil has had several items stolen off his porch. Worse, his beloved cat was shot by hunters who had used the road to enter his property. Fortunately, his cat survived. His neighbor’s pets, however, weren’t so lucky.

“There’s another person that come down the road, ran out of the road onto the grass of my neighbor’s house. Intentionally he speeded up, ran over two of his dogs, and then sped away. One of them was killed, the other one was crippled for the rest of his life.”

Wil also suffers from post-traumatic stress disorder, which makes this situation even harder for him to bear.

The harm caused to his well-being would be bad enough, but what’s worse is Wil’s feeling of betrayal. All this is happening because the government violated the terms of its contract.

The easement agreement that had been in place since the 1960s was clear and concise as to who could use the road. This sudden change, which was made without consulting Wil first, felt like a bait-and-switch.

He wanted answers. What he got was a runaround.

Initially, he was told that this wasn’t going to be a big deal, and that the Forest Service would even put up a sign telling the public to keep out.

That never happened, and the years rolled on.

Another representative later told him that the road was going to be decommissioned and there was nothing to worry about. When the Forest Service did not close the road, and instead opened it to the public, Wil expressed his concerns to yet-another representative who, as Wil explains, was dismissive.

When it became clear that Wil was not going to back down, the representative mockingly said, “What are you going to do, sue us?”

If only he knew then that these words would result in a Supreme Court case.

Fighting back in court

Wil, along with his neighbor, filed what is known as a “quiet title claim” against the federal government.

The Quiet Title Act gives property owners the right to sue the government for changing the terms of an agreement and claiming more right to the title of the property than was initially agreed upon.

But there was a catch.

The Act requires that the property owners file the lawsuits no more than 12 years after they “knew or should have known of the claim of the United States.”

While Wil and his neighbor believe they brought the case within the statute of limitations, the court refused to hear their case and neither ever got the chance to show the court how the Forest Service changed the terms of the easement agreement.

The Ninth Circuit dismissed their lawsuit last year, holding that the statute of limitations is “jurisdictional,” which means a court cannot consider the merits of the case if the time limit appears to have expired.

Wil was not ready to give up on his property so quickly. And, fortunately, he was represented by Pacific Legal Foundation.

The Quiet Title Act’s statute of limitations is nothing more than a claim-processing rule—a rule meant to ensure that a court filing is done in a timely fashion.

The Supreme Court has previously said that this rule is “important and mandatory,” but it shouldn’t automatically prevent a court from considering the facts of a case.

The Supreme Court has decided to hear the case to answer this question: Does the Quiet Title Act’s statute of limitations prevent Wil and Jane’s lawsuit from being considered, or is it a claim-processing rule to which there can be exceptions?

The disruption of his peace and the uphill legal battle have taken an emotional toll on Wil.

To be sure, Wil is not the caricature of an angry old man shouting at kids to get off his lawn. He loves his community and has played an active role in it for years.

He’s not trying to restrict his community’s access to the forest. But he values his property and the sanctity of contracts—neither of which the Forest Service has shown much care for in this case.

At one point he thought about moving away, but he was resolute.

“No, I’m not going to let them run me out of here. I love this place.”

“If I sold this place for $1 million, I couldn’t replace it. I couldn’t have everything I have here, which is the serenity, the river right across the road from me, 150 steps. I can be fishing, wading in the river. I can jump in the river and go swimming.

I’ve been all over the Northwest, all the way from the Pacific Ocean to Alaska, down to Northern California, Oregon, Washington, I’ve been all over this country. And there’s not another place that I can think of that I would want to move to right now.”

PLF is going to fight to ensure he won’t have to.

The outcome of this case will have far-reaching implications for property owners across the country.

“If we do this, it would be so good for not just myself, because I’ll just fade away, but it’ll help other people give them the strength, encouragement that they can stand up for their rights.”

Wil is confident this won’t be a matter of if he wins the case, but when.

“When we win this case, it’s going to set a precedent for so many other people that are being wrongfully treated right now. I so hope that we win this, I got to have faith. We win it on the basis, because we’re right and not legal verbiage, but the fact that we’re right, it’s right there, plain text.”

The government can’t unilaterally change the terms of a public access agreement with private property owners to take more of their property than what was agreed to.

“The bottom line is I am asking that the United States government fulfill its obligations that they said they would in the agreement. I’m so thankful for Pacific Legal Foundation for helping me do that.” 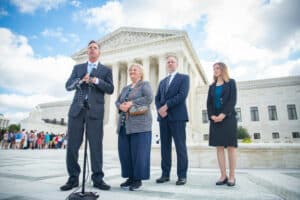 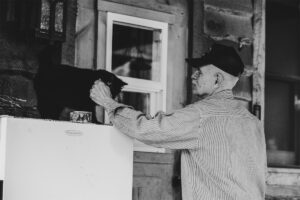 The Federalist: How A Cat With A Gunshot Wound Is Bringing Property Rights Disputes Before The Supreme Court 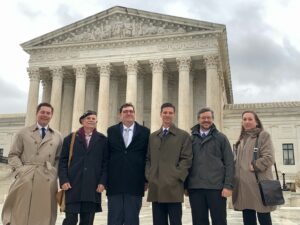 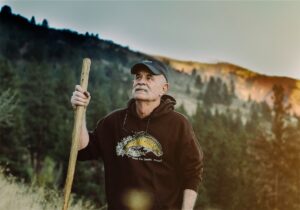 The Hill: A Montana ‘mountain man’ goes to court to protect his property rights 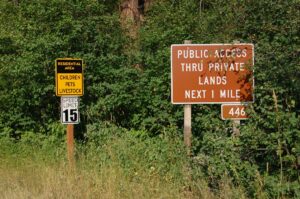 The Forest Service pulled a bait-and-switch on a decades-old land deal. Here’s how the owners are fighting back.