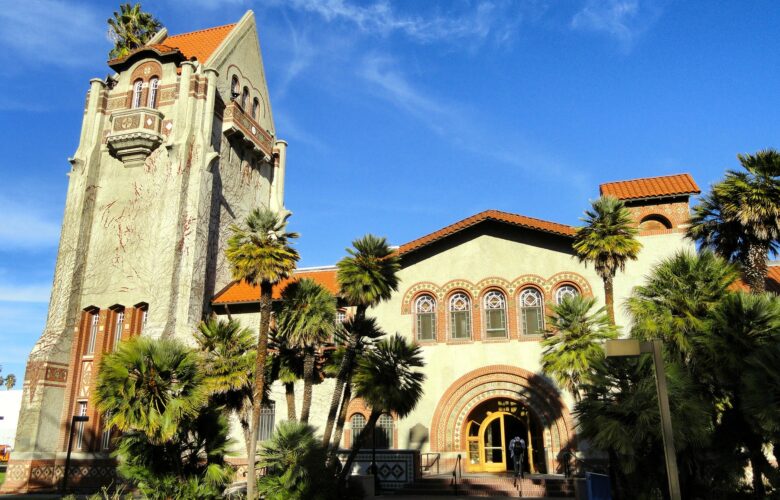 American universities are meant to be places to debate ideas and explore novel theories. But, unfortunately, the picture on American campuses today is quite different.

Today, disagreeing with woke orthodoxy might get you branded a racist by university officials and threatened with sanctions. This was the unfortunate experience of Dr. Elizabeth Weiss, a highly decorated, fully tenured professor of anthropology at San Jose State University (SJSU).

Through her illustrious career, the university has lauded Professor Weiss as a prolific and rigorous scholar and lecturer. Weiss enjoys teaching her class all sides of a difficult issue, allowing them to come to their own conclusions—exactly what any good professor should do.

She also has strong opinions about a very important and controversial subject in her field of osteology—the study of human remains. Remains of Native Americans are highly valuable for scientific research because they provide a look into what the inhabitants of this continent were like in the distant past. But American Indian tribes demand that these remains be handed over to the tribe for reburial, a process known as repatriation. Congress sided with the tribes and enacted the Native American Graves Protection and Repatriation Act (NAGPRA) in 1990.

But Professor Weiss feels strongly that removing remains from labs and museums is harmful and has led to a loss of valuable information about the past.

While Weiss’ views are not new, they are controversial, and many scholars in her field reject them. But they provide a vital perspective in a significant debate in her field. In fact, just a few years ago, she was commended by Roberto Gonzalez, the chair of the SJSU Department of Anthropology, for her ability to “spark lively discussions among various stakeholders” and to “boost the department’s national reputation as a center that fosters creative and unorthodox viewpoints on important issues.”

In late 2020, Professor Weiss, along with attorney James W. Springer, published a peer-reviewed book through a reputable academic press (University Press of Florida) titled Repatriation and Erasing the Past. Her book ignited a firestorm. Rather than engage her on the merits of her arguments, critics launched a campaign to label her as “anti-indigenous” and “racist” and wrote letters successfully pressuring University Press of Florida to apologize for publishing the book.

But rather than stand by her, Gonzalez, Professor Weiss’ direct superior at SJSU, sharply criticized her book. He sponsored an “anti-racism” speaker series for the department, where speakers argued that views like hers should be shut down. Professor Weiss asked for the chance to convene a pro-free speech speaker series in response but was denied access to funding or administrative help in putting together the event.

Then in June 2021, Walt Jacobs, dean of SJSU’s College of Social Sciences, hosted a Zoom event for deans and chairs entitled “What to Do When a Tenured Professor is Branded a Racist.” Throughout the hour-long event, the university administrators present repeatedly referred to Weiss as a white supremacist, and one even compared her views on repatriation to lynching.

Gonzalez spoke for most of the event, accused Weiss of making “classic, racist arguments in her work,” and called her his “racist colleague.” He openly expressed regret that she was tenured, labeled her research “professionally incompetent,” and stated that if Professor Weiss tried to teach her views to students, he would take a “very different approach” and not tolerate it.

Weiss long has taught about repatriation in her classes and plans to do so this upcoming semester toward the second half of September. She plans to expose students to the topics raised in her book, as well as to contrary viewpoints. She wants to encourage her students to think about and debate the tradeoffs when we take historically and scientifically significant objects out of the realm of study.

Fortunately, the First Amendment protects Professor Weiss’ right to research, write about, and teach her views to her students. The Supreme Court has long held that freedom of expression “is nowhere more vital than in the community of American schools”—Shelton v. Tucker, 364 U.S. 479, 487 (1960)—and that the First Amendment “does not tolerate laws that cast a pall of orthodoxy over the classroom.” And since Professor Weiss speaks about matters of public concern, the university cannot simply silence her because it disagrees with her.

Nevertheless, Weiss remains concerned that Gonzalez and Dean Jacobs will take adverse action to chill her expression in the classroom or otherwise make her professional life difficult. Gonzalez and Jacobs have offered weak assurances about academic freedom and free speech but have refused to promise that they would not take action against her, something they should do to reiterate that the university stands for its professors’ First Amendment rights. The university likewise refused Professor Weiss’ request to write a letter in her favor.

Accordingly, Weiss reached out to Pacific Legal Foundation, and we wrote a letter on her behalf warning the university that any action taken against Professor Weiss for her speech would violate not only norms of academic freedom, but also the First Amendment to the United States Constitution.

PLF will be watching closely. If the university takes any additional action against her, then we will not hesitate to take further steps to vindicate Professor Weiss’ rights.