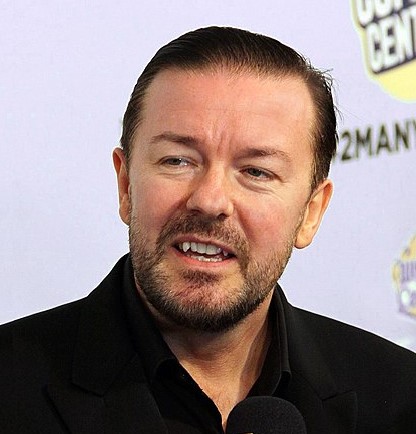 From politics, to sports, to entertainment, “politically correct” speech is becoming more and more of a buzzword. A recent NPR/PBS poll showed that people feel they can speak their mind less than in years past. Depending on your perspective—and sometimes your politics—this is either a good or a dangerous thing.

But regardless of how one might feel about the rise of political correctness, it has actually shown the strength—and importance—of America’s First Amendment freedom of speech. Some recent examples of public backlash against offensive comedians and celebrities have shown how even if there’s more pushback against offensive speech, that speech is still legal in the U.S.

For example, Ricky Gervais’ Golden Globes hosting gigs have become legendary for their unapologetic lambasting of Hollywood and the cult of celebrity. Last year, when Gervais hosted for his fifth time, he mercilessly ridiculed Hollywood and the #woke culture that inhabits it.

And just like every other year Gervais has hosted, critics derided his vulgar critiques of liberal celebrities and the general Hollywood left-leaning culture.

Or take former NFL star Colin Kaepernick. In 2016, Kaepernick kneeled during the national anthem to protest police brutality and structural racism. Kaepernick’s protest sparked intense debates across Twitter and the blogosphere and he faced severe backlash from people who argued he was being disrespectful. After his protest, no NFL team signed him when he became a free agent, and Kaepernick claims that his protest was the reason.

Yet there is an important difference between the negative critiques leveled against someone and actual calls for censorship. Nobody is calling for Gervais or Kaepernick to be imprisoned or fined by the government. Neither Gervais nor Kaepernick nor their critics have broken any American “hate speech” laws, because America doesn’t have laws dictating what constitutes “hate speech.” America’s free speech protections are among the strongest in the world, and that gives everyone the same right to speak truth to power—whatever that power is.

Can you imagine a Chinese comedian accusing Huawei of using slave labor, as Gervais did of Apple? Or if Kaepernick had made a statement about government oppression before a game in China? They would have faced much more than just online anger.

And if you think China is too extreme an example, let’s look at a slightly more Western country. In Britain, multiple people have been convicted of violating the country’s hate speech laws in recent years. As Reason reported in 2018, British hate speech offenders included a 19-year-old who posted rap lyrics with the N-word on Instagram and a man who posted his pug doing a Nazi salute on YouTube.

Now to be clear, I, along with most people of good taste, am not a fan of racist or blatantly offensive content. Yet at the same time, I recognize the danger with using legal and criminal punishments to suppress offensive speech. As the French writer Voltaire famously stated, “I may not agree with what you say, but I will defend to the death your right to speak it.”

There will never be a shortage of individuals who go against popular sentiment and conceptions of decency (to varying degrees). Yet while they might face more hostile societal reactions and consequences for their different perspectives, if they are in America, they will be linked by a common thread: They will remain free to speak.

As a society, we need these people. Our society changes only when cultural and scientific innovators feel free and empowered to go against the mainstream. Imagine a world where Galileo never published his findings on astronomy, or the Founding Fathers never spoke out against the tyranny of King George. If we shut down offensive speech, we risk shutting down speech that moves us forward. The way to truly silence “hate speech” is to allow positive speech to naturally grow louder. But letting the government figure out the difference between the two will inevitably lead to failure. That’s what free speech—messy as it may be—is. Let’s make sure we remember that.

National Review: Free speech in battle with snitch culture before the courts April 28, 2021 I By DEBORAH LA FETRA