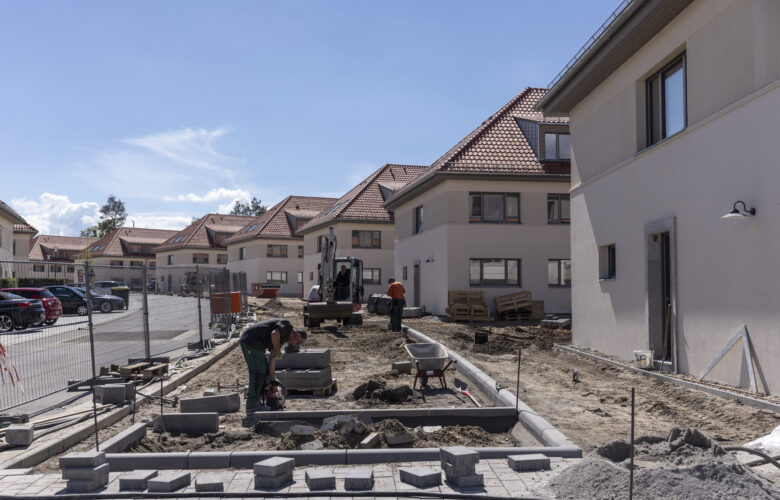 The more something is regulated, the less there is of it. The more government edicts are directed at stopping something, the more desirable that thing becomes. And the more we restrict the supply of something that people desperately need and want, the more it costs.

The Wall Street Journal recently reported that the median price of a home in the United States is now $350,000 and rising. In June, reports from sources as varied as Harvard and the National Association of Realtors came to the same conclusion: The supply of new housing is too limited. The result has been skyrocketing prices, families that are increasingly housing-stressed to make ends meet, and more homeless people wandering our streets.

Today, it’s no longer just conservatives who are bemoaning the housing crisis and its causes. Sources as varied as the Biden administration, The New York Times, VOX, and USA Today have all printed articles admitting that excessive land use restrictions are driving up the cost of housing for everyone.

In some places, the high cost of housing has been made worse by the COVID pandemic. Suburban prices are especially skyrocketing because office workers are fleeing their crime-and-tent-infested cities for nice suburban homes with a private yard and a home office. While the cities where most people have left have seen a decline in rental rates, home prices outside these cities continue to escalate. There are too many people chasing too few homes.

The National Association of Realtors’ study estimates that the nation needs 6.8 million new housing units. Most estimates say that we’re building only half the number needed to meet current demand caused by population increases, millennials creating new households, and the obsolescence of older homes. But, as The New York Times reports, “For more than a decade, less housing has been built relative to historical averages.”

But this is not a new issue—it’s just getting worse. In 1991, President George H.W. Bush commissioned a study on America’s housing crisis. It began by noting a depressing lack of progress:

In the past 24 years, no fewer than 10 federally sponsored commissions, studies or task forces have examined the problem …. In the decade since 1981, the regulatory environment has if anything become a greater deterrent to affordable housing, regulatory barriers have become clearly more complex, and apparently more prevalent.

Millions of Americans are being priced out of buying or renting the kind of housing they otherwise could afford were it not for a web of government regulations.

That was 30 years ago, and we could replace the number 24 with 54 and repeat the same grim assessment, word for word. But today, the percentage of households that are cost-burdened is even worse and rising. Cost-burdened means that a family must pay more than a third, or even more than half, of their income on housing. This is especially true in coastal states like California where the regulations are the toughest.

As a recent study from the Joint Center for Housing Studies at Harvard University described the situation for low-income households: “After housing costs, those households had only $225 each month for all non-housing expenses.”

Since at least 1980, study after study has concluded the relationship between growth-control measures—such as zoning, open space requirements, large minimum lot sizes, and so on—and increased costs for housing. Economists from Stanford to Harvard and points between have analyzed the data and made the following not-so-startling conclusions:

And the impact hasn’t been just on housing—it has affected the whole economy: “‘Stringent restrictions to new housing supply’ reduced growth in the U.S. by 36 percent between 1964 and 2009.”

What is perhaps new is that progressives who have long fought for strict zoning and environmental controls on new home building are finally seeing the terrible burdens these policies have put on American households—especially those households struggling on the lower rungs of the economic ladder. And progressives are finally recognizing that one solution is to build more housing. As a headline this spring in VOX’s New York Magazine put it: “To ‘Build Back Better,’ America Must Build More Housing.”

When we see The New York Times and Vox recognize the problem, we are halfway there to fixing it. But we must be careful to avoid progressive solutions that will only make matters worse: We don’t need more subsidies that would allow more money to chase the same limited number of homes. We don’t need rent control to take away any remaining incentives to build more apartments. And we don’t need a raft of new smart-growth rules that would supposedly guide new development in the direction of some utopian vision that consumers don’t want to buy into. What we need is to build more housing—the sort that homebuilders know how to build, and that people want to buy.

Some critics of development claim, “You can’t build your way out of the crisis” and “What we need is more equity in the housing market,” whatever that is supposed to mean. But short of reducing the demand for housing with a more effective plague or mass emigration, the only real way to stabilize rising home prices is to build more homes.

Here’s what we need to do, and the sooner the better: