Blog > Op-Ed > The Hill: To solve DC’s housing crisis, we need more than planning — we need to rethink zoning 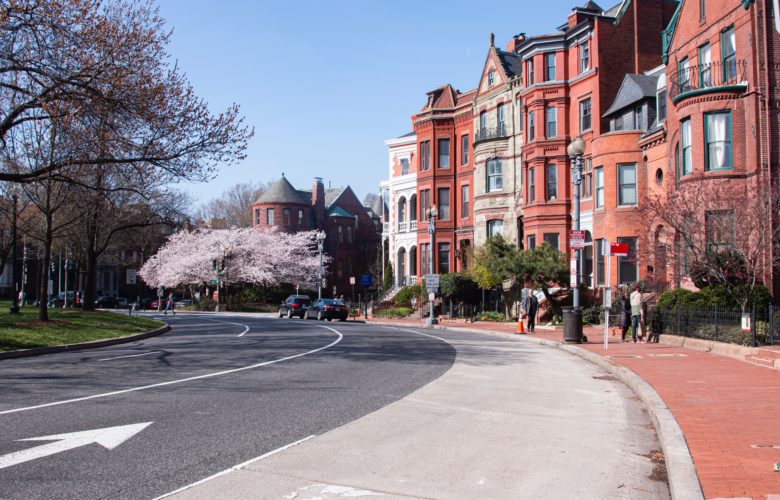 With the D.C. Council set to vote on its massive update to the comprehensive plan in the coming months, it’s high time that we ask the hard question whether we are using the right tools to address equity and affordability in housing.

The problem isn’t that zoning doesn’t work. It’s that zoning works all too well at what it was designed to do: shaping the makeup of a community via a maze of land-use restrictions. In this way, zoning distorts the housing market by limiting the types of homes that can be built and where they can be built, while driving up their cost.

Adding more restrictions to an already heavily regulated market will not encourage private development at the rate needed to meet current housing demands — particularly, the demand for affordable housing. For decades, D.C.’s restrictive zoning has resulted in far too few new homes being built. And those homes that are built are often too expensive for poor and middle-class families, who increasingly find themselves forced further and further away from jobs, schools and other opportunities. This crisis will most certainly worsen in the coming years unless we take the comprehensive plan update as an opportunity to commit to real solutions to the housing shortage.

Let’s cut to the chase. Zoning does not create new housing; property owners do. More specifically, entrepreneurial owners create new housing. Yet, since its conception in the early 1900s, zoning has focused on restricting and excluding new development — particularly in established residential neighborhoods. Zoning, after all, is a political tool designed to influence who can live in a community and who cannot.

We need look no further than the seminal decision in Village of Euclid v. Ambler Realty (1926). There, the U.S. Supreme Court upheld a zoning law prohibiting the construction of apartment buildings in an established residential neighborhood in order “to classify the population and segregate them according to their income or situation in life.” Despite this clearly objectionable reasoning, the court adopted a rule barring courts from taking a close look at the purpose and effect of zoning decisions. Thus, the court accepted, without question, the claim that the zoning law was essential to the health and safety of residents because — according to the village — an apartment building, when allowed in a neighborhood, is “very often … a mere parasite, constructed in order to take advantage of the open spaces and attractive surroundings created by the residential character of the district.”

Although decided nearly a century ago, Euclid’s hands-off approach to zoning continues to shape the landscape of America by enabling the government to use land-use laws as a tool to shape their cities based on wealth, race and ethnicity. Indeed, the architect of D.C.’s zoning laws had earned nationwide fame for drafting plans designed to “preserve finer residential districts” at the expense of the poor and middle class. Such exclusionary policies, when written into land use codes and applied for decades, create fractured and segregated communities.

That is no secret. Over 50 years ago, planners noted that, as currently written, D.C.’s “zoning makes it difficult to develop new family-type housing units in the district, while also inhibiting the development of high-rise apartments which may be more attractive to single persons and families without children.” The report then asked, rather prophetically, “If zoning helps deter population growth, is it contributing to an imbalanced society in the District?”

The answer to that question is, of course, “yes.”

Since the 1970s, scholars and economists of all stripes have consistently agreed that strict, exclusionary zoning laws are the leading cause of the nation’s housing shortage. This begs the question: If zoning caused the housing crisis, can it solve it too? Not entirely.

Zoning cannot compel the private production of affordable housing. This is particularly true where the zoning code is riddled with disincentives, such as provisions prohibiting mixed use development, mandating oversized lots in the urban core, and requiring large impact fees on residential development. Such provisions make production of affordable market rate housing difficult, if not impossible, forcing developers to focus on high-cost housing to make the project pencil out.

There is a solution, however. If D.C. changed its zoning code from a maze of restrictions to a list of rights and permissions, it could encourage development of affordable housing.

This shift in philosophy works. Consider, for example, California’s “accessory dwelling unit” (ADU) law. In 2019, California enacted laws that flip restrictive zoning on its head by recognizing a property owner’s right to build an ADU (commonly called granny flats or mother-in-law units) on a residential lot, as long as the proposal meets published criteria. In so doing, California spurred a wave of private development that significantly increased the supply of low-cost housing and rental units. Although ADUs will provide only a limited housing solution, California’s experience is proof that a rights-based approach to land use works and could be applied to legalize the production of all types of housing.

If D.C.’s comprehensive plan update is truly going to create a “roadmap for future development,” guided by the goals of increasing the supply of affordable homes and ensuring racial equity in the housing market, then it must make meaningful changes to the law to open up the supply of new housing by providing property owners with a predictable and low-cost path for building new homes. That is the first and most critical step toward a culture that encourages the production of housing of all types and across all price points.

“The Last Black Man in San Francisco” beautifully depicts the realities of the housing crisis December 23, 2020 I By JOSEPH KAST