The American Dream shouldn’t require a certificate of need 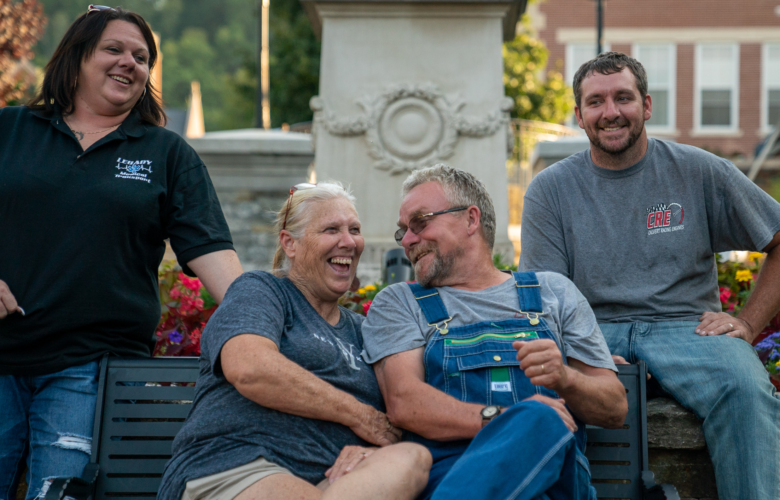 The American Dream, at its core, is about the freedom to compete. That competition allows entrepreneurs to pursue creative ends, and consumers to choose for themselves which products and services meet their needs. Our newest client, Phillip Truesdell, understands well the transformative power of this entrepreneurial freedom, and the pain of its absence.

In 2017, the local power plant was closing and Phillip’s grown children were about to lose their jobs. Phillip feared they would need to move to find new jobs. So the day he saw an ambulance for sale, he didn’t just see a vehicle, he saw an opportunity to keep his family together.

Phillip’s company, Legacy Medical Transport, is a non-emergency ambulance service, meaning they take patients to and from medical appointments and transport people between hospitals in non-emergency situations. Legacy operates in Ohio, just miles from the Kentucky border. But because Kentucky has “Certificate of Need” laws, Legacy can legally take patients to Kentucky, but must obtain a “Certificate of Need” to bring patients back from their appointments in Kentucky to their homes in Ohio.

“Certificate of Need” laws allow existing businesses to choose who may enter the market, and thus they’re sometimes called the “Competitor’s Veto.” Under a Competitor’s Veto law, an aspiring entrepreneur must seek permission from the government before opening a business. Once someone applies, the relevant governmental body notifies all existing companies in that industry. Any existing businesses may then protest the application, often for any reason—including the bare reason that they don’t want any new competition. A protest sends an entrepreneur to an expensive and onerous government hearing, where he or she must prove that a new business is “necessary.”

Last year, Phillip applied for a Certificate of Need. Thousands of dollars in attorney fees later, Phillip was eventually denied a Certificate because he had not proven a “need” for his service. Phillip and his daughter were unprepared for the tribunal they faced. They expected questions about their qualifications. Instead, they were assailed with questions about how they would “harm” existing businesses.

This turns the free market on its head. Entrepreneurs should be free to innovate. Indeed, in a competitive market, they must innovate and cater to consumer demands in order to stay in business. Under Competitor’s Veto laws, entrepreneurs must get permission to innovate, and consumers are stuck choosing among the privileged few.

Perhaps the best way to understand the detrimental effect of Competitor’s Veto laws is to study what happens once they’re repealed. PLF clients have built many successful businesses after being freed from these anti-competitive laws. After a federal court struck down Kentucky’s law, for example, Raleigh Bruner was able to grow and expand his moving company into carpet cleaning, home organizing, storage, furniture repair, and even a dog kennel.

Bruner also created an in-house program that helps employees open moving companies of their own, which has led to new operations across eight states.

One of this country’s founding principles is that the government may not use its regulatory power to protect favored businesses from competition. Yet unbelievably, some courts have ruled that protectionism alone is an acceptable justification for economic regulation, and that states may act simply to dole out political favors to industry players.

When entrepreneurs are unleashed to compete, the best ideas succeed. By embracing competition, we can return to the symbiotic system where entrepreneurs and consumers are free to cooperate for their mutual benefit. When PLF fights against the Competitor’s Veto, it fights for that system.