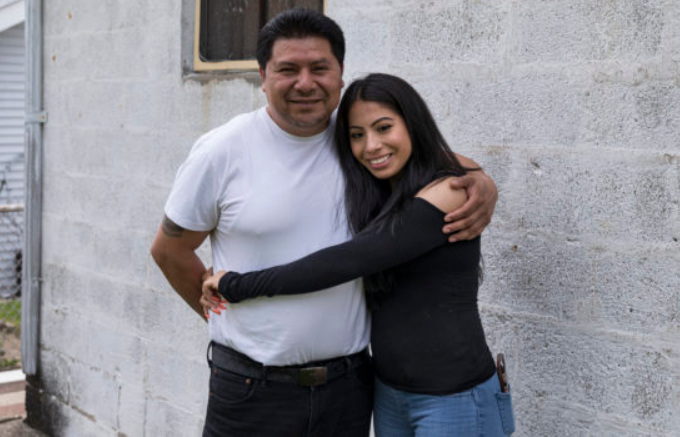 The Prince of Motown himself, Marvin Gaye, sang that “Life’s a Game of Give and Take.” But for county treasuries across the state of Michigan, it’s more like a game of take, and take, and take some more.

The Perez family is fighting Michigan’s predatory home equity theft policy, which allows counties to take property to settle back taxes, sell it, and pocket all of the proceeds from the sale — in amounts that are often many times larger than the initial debts.

Erica Perez learned this the hard way. Raised in the New Jersey suburbs, Perez always planned to move to Michigan to be closer to her relatives and to escape the overbearing cost of living in the greater New York City metropolitan area.

In 2012, she and her family snagged a little piece of the American dream, purchasing a four-unit apartment home on the edge of Mexicantown in Detroit. The plan was to rent the property to tenants while fixing up a separate rundown house on the same property to make a home for themselves. In addition to the $60,000 purchase price on the property, Perez and her family spent three years, most of their savings and tens of thousands of dollars renovating the place to prepare for tenants.

In 2014, Perez made a small mistake, on which Wayne County and its Treasurer Eric Sabree pounced on like a Detroit Tiger. Although she paid her property taxes every year from 2013 until 2017, she inadvertently and unknowingly underpaid her 2014 taxes by $144.49. She never received notice of her delinquency from the county. Nevertheless, the county treasurer foreclosed on her property and sold it at auction for $108,000.00. Under the Michigan tax code, the county kept every penny.

The Perez family’s hard work and investment disappeared into Wayne County’s coffers. This gross disparity is not only permitted under Michigan’s tax law — it is encouraged.

Fortunately, there is law higher than the Michigan tax code. The U.S. Constitution, along with its state-level counterpart in Michigan, abhors this state of affairs. It prohibits governments from taking private property without paying just compensation to the owner.

That’s exactly what Wayne County has done, taking an additional $107,495.55 over and above what Perez owed. That additional hundred-grand-and-change is Perez’ property, to which the government has no legitimate claim. By failing to return this surplus, Wayne County violated Perez’ Constitutional rights.

Unfortunately, Erica Perez’ situation is not an isolated case. In recent months, the Pacific Legal Foundation has worked on a variety of cases, notably in Michigan and Montana, in which local governments have been found to be abusing their foreclosure powers in order to seize and sell off properties — based on relatively minor tax delinquencies — and keep the entire surplus.

Our efforts in Montana led to bipartisan reform legislation aimed at curbing these abuses. Signed into law by Montana’s governor in May, the law requires that when a foreclosed property is sold at auction, the proceeds in excess of the tax delinquent debt and associated costs must be returned to the owner. Other states, like Michigan, should consider similar reforms.

David Deerson is an attorney at the Pacific Legal Foundation, a public interest law firm that is providing free legal representation to Erica Perez.

This op-ed was originally published by The Detroit News on August 10, 2019.