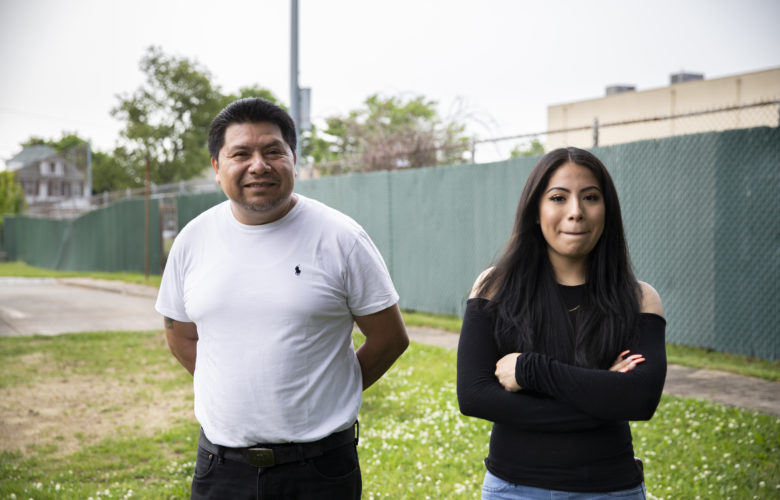 Six years ago, Erica Perez and her father, Romualdo, purchased a small, $60,000 apartment complex in Detroit. They were pursuing their American dream. Romualdo has family in Detroit, so part of his retirement plan was to fix up the complex, along with a small home next door, and spend his golden years with his family, renting his units to people who needed a good, affordable place to live.

Erica and Romualdo spent tens of thousands of dollars and countless hours fixing up the four-unit apartment complex. They poured every penny they could save into the property. And when they started to receive rent from tenants, they invested that income into further improvements.

But two years ago, Wayne County ripped all that away when they seized title to the Perez property, sold it for $108,000, and kept the profits as income for the county.

The Perez’s offense? They unwittingly underpaid their property taxes by $144.

Despite paying all their other taxes—more than $3,500 since they’d bought the property—Erica and Romualdo mistakenly underpaid their 2014 property taxes, which after interest, penalties, and fees, had ballooned to $500.

But they had no idea about the debt. Otherwise, they would have paid it.

Erica and Romualdo poured their money and dreams for a better future into their property, and they weren’t going to let it go without a fight. So they hired an attorney and filed a motion in state court to undo the foreclosure and sale and get their property back. They alleged that the county failed to send proper notice of their unpaid property tax bill.

But, sadly, the court denied their plea and ruled the county provided as much notice as required by the law; the foreclosure and sale were final.

The Perez family was heartsick. Their dreams and years of sacrifice suddenly felt lost.

Last fall, I visited Erica, her father, and their family in the small apartment they currently rent in a New Jersey suburb. I stared at their bare walls and noted the minimalism. Nearly everything in their living room was utilitarian. Later that day, I learned why: for years they lived on a disciplined budget so they could save and invest in a better life.

The four-unit complex in Detroit was part of that investment. The hope of getting that property back is long gone, but they are still fighting to vindicate their property rights and reclaim what is rightfully theirs.

Today, PLF filed a lawsuit against Wayne County and its treasurer Eric Sabree for violating the United States and Michigan constitutions by stealing home and land equity from the Perez family.

By refusing to refund the extra profits from the sale of Erica and Romualdo’s apartment complex, Wayne County violated their constitutional property rights—rights that our nation’s Founders intended to protect.

Michigan law doesn’t just allow Wayne County to do this—it encourages it. This case is part of PLF’s ongoing campaign to end the abusive practice of home equity theft by local governments in Michigan and other states.

Although government can seize property when people fall too far behind on property taxes, it has a constitutional responsibility to take only as much as necessary to satisfy the debt. And while the government is allowed to add on penalties and costs, it is limited in the amount it can take as punishment.

PLF is proud to stand with Erica and her family to take back what is rightfully theirs.