Elliot Feltner inherited his father-in-law’s Cleveland, Ohio, autobody shop in 2012 and discovered the property, while valued at $144,500, had a property tax debt of more than $65,000. He decided to sell it to pay the debt and even found a buyer, but before he could complete a sale, the county took his property without paying him for his $80,000 in equity or collecting any of the taxes owed. The county instead cancelled the debt and gave the property to the County Land Bank—which, in turn, gave the property to a private business, as allowed by state law. The Ohio Supreme Court denied Elliot’s claim for just compensation for his loss. Because government cannot take more than it is owed, Elliot asked the U.S. Supreme Court to take up his fight.

In 2009, Elliot and Linda Feltner inherited a small body shop in Cleveland, Ohio, from Elliot’s mechanic father-in-law. Soon after, Linda was diagnosed with cancer and died three years later.

Elliot couldn’t afford the steep tax debt, so rather than lose the property to foreclosure, he tried to sell it. Unfortunately, his efforts were delayed for two years due to back surgery and rehabilitation in Kentucky. When he returned home to Ohio and resumed his search for a buyer, he learned that Cuyahoga County had already taken his property.

The county then gave the property to the County Land Bank—which, in turn, gave it to a private business for the steeply discounted price of $15,000.

Ohio normally sells tax-delinquent property to the highest bidder, pays the debts, and refunds any remaining proceeds to the former owner. State law, however, allows the county to skip that process in cases like Elliot’s when a county-sponsored land bank requests the property. Therefore, even though Elliot’s property value was $80,000 more than the tax debt, the county neither paid Elliot for his lost equity nor collected any of the taxes owed.

Ohio’s land bank system is an exception to the normal tax foreclosure process. Although the land bank claims it ultimately furthers the goals of property tax collection, it’s a recipe for cronyism, benefitting connected and shrewd individuals at the expense of struggling owners and taxpayers. In this case, Feltner’s property was given to a neighboring business—whose owner ironically had been previously convicted of stealing $101,000 in sales tax through that business, according to Ohio newspapers. 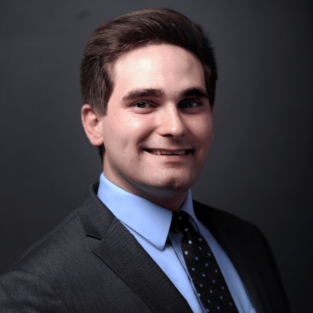 In 13 states, it’s legal for governments to steal your home equity September 19, 2019 I By ANGELA C. ERICKSON

The government stole their property. Now the Perez family is fighting against home equity theft July 09, 2019 I By CHRISTINA MARTIN