Blog > Op-Ed > The Hill: What is UC Davis hiding about its use of diversity statements?

The Hill: What is UC Davis hiding about its use of diversity statements? 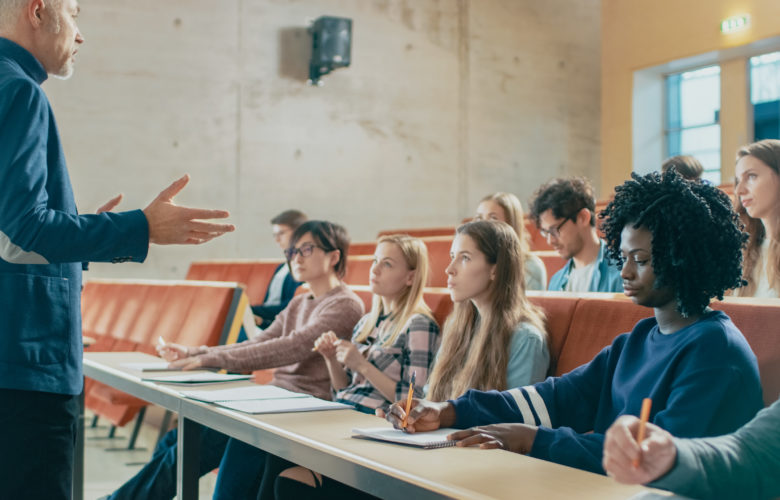 Last month, Abigail Thompson, a professor of mathematics and department chair at the University of California, Davis, wrote a scathing opinion piece in The Wall Street Journal calling out the university’s ideological litmus test for job applicants. She suggested that the university’s requirement that aspiring faculty members submit “Diversity, Equity and Inclusion” statements amounts to a political “loyalty oaths.”

In response, the university released a woefully inaccurate statement written by the UC Davis chancellor and vice-chancellor — contradicted, as I discovered in a public records request, by the UC Davis administration itself. They claim that diversity statements are merely about determining “a candidate’s readiness and potential for serving the diverse population of students in California.” And their statement implies that all candidates are evaluated “holistically,” based not only on their diversity statements but also on their letters of recommendation and publication record. Both claims are incorrect.

In response to a public record request submitted to UC Davis, I received training material that the Office of the Vice Provost for Academic Affairs used to prepare search committee members participating in the school’s Advancing Faculty Diversity pilot program. In a PowerPoint presentation from January 2019, administrators instructed search committee members to review a candidate’s “Contributions to Diversity” statement before any other part of an application, and that candidates who do not “look outstanding with regard to their contributions to diversity” would not advance for further consideration in the hiring process.

This looks more like a litmus test than a “holistic” evaluation. Indeed, when speaking to supporters of this initiative, the vice chancellor was much more candid, telling attendees at a conference on faculty diversity that “[t]he game-changer is that, in these searches, it is the candidate’s diversity statement that is considered first; only those who submit persuasive and inspiring statements can advance for complete consideration.”

The university’s claim that diversity statements are only intended to measure a faculty member’s ability to teach diverse students is also wrong. The evaluative rubrics provided by the administration and used by almost all of the schools in the pilot program make it clear that diversity statements were being used as an ideological screening tool. The rubrics say that any applicant who “provid[ed] reasons for not considering diversity in hiring” or who “[saw] it as antithetical to academic freedom or the university’s research mission” should receive a low score.

Whatever a candidate’s other merits, it seems that holding these views will make advancement beyond the diversity screening unlikely. As Abigail Thompson explained, “[r]ather than helping achieve inclusion, these DEI rubrics act as a filter for those with nonconforming views.”

I was curious as to exactly how many aspiring scholars had been rejected on these bases, solely because their diversity statements were deemed inadequate. But UC Davis administrators have not responded to my repeated requests for further information on the effects of these policies.

However, other University of California schools have published this information. In one recent search at UC Berkeley employing substantially similar evaluation techniques to those that UC Davis used, there were 893 qualified applicants who submitted complete applications that met the basic job requirements. Of those applicants, 679 were eliminated solely because their diversity statements were deemed inadequate.

In other words, UC Berkeley rejected 76 percent of qualified applicants without even considering their teaching skills, their publication history, their potential for academic excellence or their ability to contribute to their field. As far as the university knew, these applicants could well have been the next Albert Einstein or Jonas Salk, or they might have been outstanding and innovative educators who would make a significant difference in students’ lives.

And there is reason to believe that the results at UC Davis were similar. A recent letter from the vice chancellor to the UC Davis faculty reveals that in at least some schools, more than 50 percent of the applicants were eliminated solely because of their diversity statements.

If UC Davis believes the wholesale exclusion of hundreds of potentially qualified applicants is justified, it should own up to what it has done and defend its actions publicly. But instead, the university has chosen to hide the truth. Thankfully, conscientious truth-tellers such as Abigail Thompson refuse to stay silent about what is being done at UC Davis in the name of diversity. Such courageous faculty members are taking a great personal and professional risk to defend freedom of thought in the academy, and they deserve our gratitude.

Daniel Ortner is an attorney with Pacific Legal Foundation, a national nonprofit legal organization that defends the individual liberty and constitutional rights of Americans. Follow him on Twitter @dortner1.

This op-ed was originally published by The Hill on February 3, 2020.