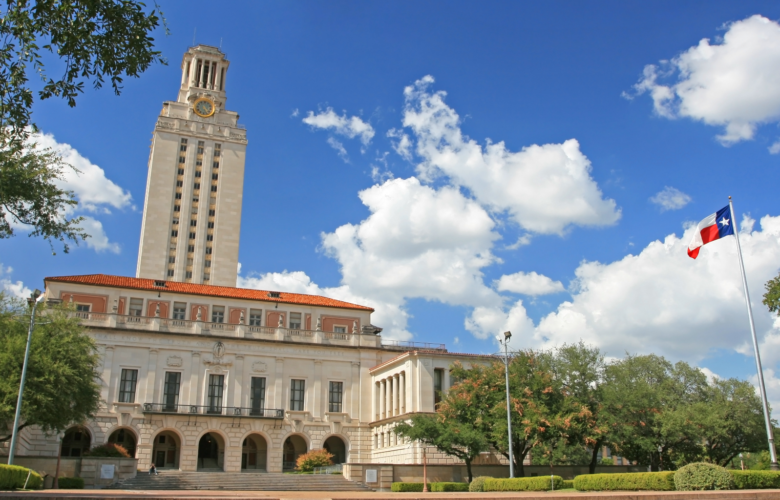 In his famous 1954 defense of free speech, journalist Edward R. Murrow declared “We are not descended from fearful men—not from men who feared to write, to speak, to associate and to defend causes that were, for the moment, unpopular.”

Murrow’s statement embodies the critical role free speech and free thought play in our society. But, unfortunately, many of our public institutions still regularly attempt to tamp down our free speech rights. Perhaps nowhere is this anti-free speech mentality more true than on increasingly censorious college campuses.

For example, take the University of Texas at Austin. UT Austin has enacted several campus speech restrictions that border on the absurd: Students are prohibited from saying or writing anything allegedly “biased, offensive, or harassing.” Campus policies even restrict students from simply questioning someone else’s beliefs, if the questions could be perceived as offensive by a potential listener. And if someone does say anything allegedly offensive on campus, a “Campus Climate Response Team” (CCRT) investigates and potentially recommends disciplinary action.

Three anonymous UT Austin students, who are members of Speech First, are suing the school because of the silencing effect UT Austin’s speech policies create. Speech First is a national organization dedicated to fighting student censorship; the group provides resources and legal representation to students facing censorship on campus. The lawsuit, which was brought by Speech First on behalf of the affected UT students, explains how these students are afraid of simply discussing topics like immigration, affirmative action, the Second Amendment, Supreme Court Justice Brett Kavanaugh, and President Donald Trump on campus for fear of investigation or punishment by university officials.

Pacific Legal Foundation filed an Amicus Brief in the students’ case, Speech First v. Fenves, showing how the First Amendment protects our rights to speak our minds free from government threat or punishment. This protection applies to all government-sponsored or government-organized institutions, including public colleges and universities.

The anti-speech policies at UT Austin show how administrators trying to protect students from uncomfortable speech can violate constitutional rights in multiple ways.

First, the school’s vague speech codes threaten to punish students for allegedly biased or otherwise offensive speech. The code defines “verbal harassment” as “hostile or offensive speech…not necessary to the expression” of any political or ideological idea. But how do university officials define what is “necessary”?

UT Austin’s policies don’t say, so the students’ speech is “chilled,” and they remain silent. Under the First Amendment, vague laws or rules like UT Austin’s definition of harassment are unconstitutional, because they lead to coerced self-censorship.

Second, the operation of UT Austin’s CCRT applies both to speech that can be legitimately prohibited (like threats of violence) and speech that may be controversial but still protected. When a “bias incident” is anonymously reported—even one based on speech protected by the First Amendment—the CCRT records the allegation, publishes it online, follows up with the accused perpetrator, and can even recommend formal discipline.

Policies like UT Austin’s CCRT are unconstitutionally broad, because they encompass both unprotected and protected speech.

Unfortunately, in recent years restrictive campus speech policies like those at UT Austin have become more and more common. Administrators seem more concerned with maintaining social peace by shielding students from uncomfortable ideas than they are with teaching them about the First Amendment.

Because of this growing threat to the freedom of speech on public college campuses, PLF’s brief in the Speech First lawsuit is only the first in our advocacy for the ability of college students to speak their minds free from the threat of punishment.

For most of us, college is one of the most impactful periods of our lives. Education comes not only from inside the classroom, but also by learning and contending with new ideas, and having our assumptions challenged.

Sometimes discomfort is the price of admission.

Students win a victory for free speech at University of Texas at Austin November 06, 2020 I By TIMOTHY SNOWBALL