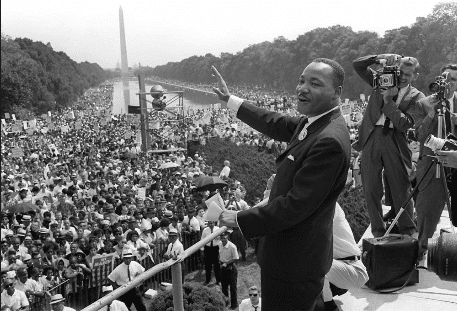 In 2015, Pew Research Center polled residents of 38 countries around the world on their attitudes towards free speech. The United States leads the pack when it comes to citizens believing people should be able to say what they want and get access to the information they need.

This won’t surprise any American who understands our First Amendment tradition. While other nations ban speech that some might view as hostile or offensive, most Americans have a deeply rooted belief that we must allow others to speak—even if we fundamentally disagree with what they say.

This is the principle that Jon Kotler, a professor of constitutional law at the University of Southern California, and the Pacific Legal Foundation are trying to vindicate with our federal lawsuit against the California Department of Motor Vehicles (DMV). Kotler, an avid soccer fan, requested a personalized license plate with the slogan of Kotler’s favorite team, Fulham Football Club in West London. The plate would read “COYW,” which stands for “Come On, You Whites,” in reference to the team’s white jerseys. DMV officials rejected Kotler’s request, however, arguing that the acronym could be considered racially offensive—despite Kotler explaining the innocent meaning and context.

The DMV’s decision to ban certain license plates is only one small example of a nationwide shift in responding to unpopular views. There is an emerging trend, on college campuses and elsewhere, to censor speech that some people might consider offensive or wrong.

In the past, Americans understood that the solution to offensive speech is to respond with our own speech. Now the first impulse for too many is to demand government censorship. This trend is dangerous and has no place in a society that values uninhibited, robust, and wide-open debate under our longstanding commitment to the values of free speech.

These values are enshrined in the First Amendment to the U.S. Constitution. In 1943, the Supreme Court held that, even in the depths of World War II, public schools could not force students to salute the flag and say the Pledge of Allegiance.

“If there is any fixed star in our constitutional constellation,” Justice Robert Jackson wrote for the court, “it is that no official, high or petty, can prescribe what shall be orthodox in politics.”

Since then, Americans have consistently cherished their rights under the First Amendment and continued a profound national commitment to the principle that debate on public issues should be uninhibited, robust, and wide-open.

This principle has served America well. Throughout our nation’s history, many unorthodox American thinkers have shared ideas that were considered offensive and unpopular in their time but later came to be revered.

When American journalist, William Lloyd Garrison, advocated for abolition nearly two centuries ago, his cause seemed overly idealistic, even to Americans who opposed slavery. Ultimately, as his ideas won wider acceptance—and following a bloody civil war—the abolitionist cause emerged victorious.

Or consider the battles over civil rights. Dr. Martin Luther King Jr. advocated for equality under the law in riveting speeches that now serve as models of powerful, persuasive rhetoric. In his time, Dr. King faced a 75 percent disapproval rating. But Dr. King knew that ideas that are unpopular in one generation might be celebrated in another. Perhaps that was what he had in mind when he wrote: “the arc of the moral universe is long, but it bends toward justice.”

Let’s be clear: a license plate is nowhere near as important as the fight to abolish slavery or the principles of equal protection for which Dr. King advocated decades ago. But defending the principles of free speech has never been more crucial—and standing up against even petty censorship, like arbitrary restrictions on personalized license plates, is an important step to guard against further government incursions against freedom of expression.