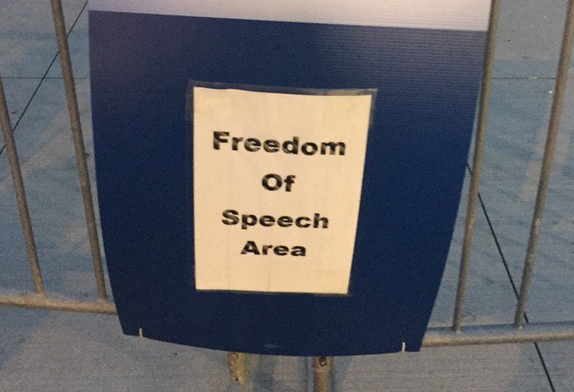 61% of Americans agree that free speech should be restricted, and 51% believe that the First Amendment, ratified in 1791, should be rewritten to reflect the new cultural norms of today.

Millennials feel a greater sense of negativity about free speech, with 57% agreeing that the First Amendment should be rewritten, and 54% believing that possible jail time would be an appropriate consequence for “hate speech.”

Americans also support government being able to punish the media: 57% believe the government should be able to take action against newspapers or TV stations. Of those who support this, 46% support possible jail time. Additionally, 36% of Americans support a government agency reviewing alternative media such as podcasts; less than half of Americans oppose this.

Those who support such limits on free speech should probably think more carefully about the wisdom of such restrictions, for one central reason: A system of free expression allowing people to share political ideas and criticize the government is essential to individual liberty.

To understand why this is true, consider the difference between the United States and China, another country frequently in the news for a far more egregious pattern of assaults on individual liberty. Recently, China made its stance about as clear as possible, in its clash with the NBA. After Daryl Morey, general manager for the Houston Rockets, posted a tweet supporting the protests in Hong Kong, the CCTV, the predominant state broadcaster, released a statement declaring: “We believe that any remarks that challenge national sovereignty and social stability are not within the scope of freedom of speech.”

While Americans enjoy a centuries-old tradition of free speech, China has one of the largest number of imprisoned dissidents in the world. In the most recent World Press Freedom Index rankings of 180 countries, China ranked 177th, below Syria, Saudi Arabia, and Turkey.

What do all those low-ranking countries share in common? They’re headed by authoritarian governments that routinely use violence and coercion to suppress and punish dissent. I’d wager that most of those Americans who support stringent restrictions on speech wouldn’t sign up to live under any of those regimes.

Criticizing the government is a core tenet of holding the state accountable and driving social change. Imagine a world where Nelson Mandela never left South Africa’s Robben Prison; where Gandhi was never able to lead the Dandi Salt March; or where Martin Luther King Jr. never walked up to that podium in front of the Lincoln Memorial.

True, those leaders paid heavy costs for speaking their minds, in the form of harassment, prison sentences, government surveillance, and worse. Yet they did not let the fear of reprisal stop them from speaking out. Their courageous actions moved us closer toward a free and equal world.

The ability to criticize and speak out against the government cannot and should not be infringed upon. This principle is the bedrock of American democracy, the cornerstone upon which every truly free country must be built. Americans who are prepared to sacrifice that principle should first consider just how willing they are to live in a world where the only speech is that which is sanctioned by the government.

Protecting free speech is more important than protecting people from being offended May 15, 2019 I By WENCONG FA