All rights were created equal 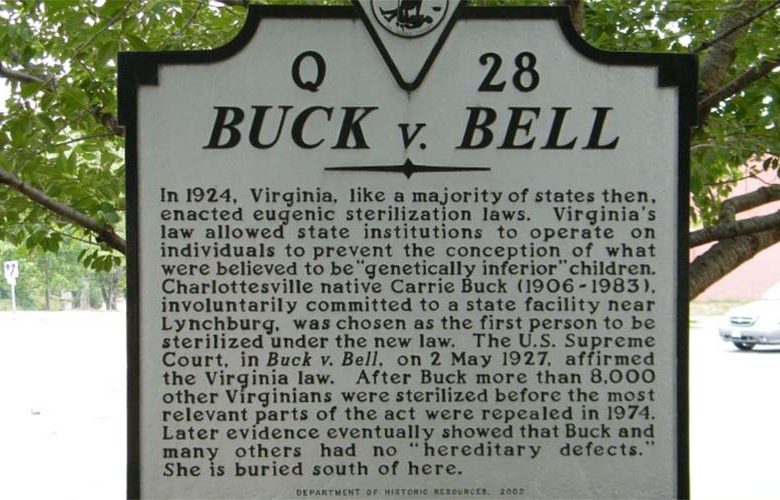 This is the fifth part in a series discussing the principles of the American founding, their embodiment in the United States Constitution, and the ways in which the Supreme Court has all too often negated these principles to the detriment of individual liberty:

What if I told you that there is no such thing as “equal” rights in the United States. I am not speaking about the equal application of the laws, of course. The continuing fight for the equal application of the law and of opportunity (but not of result, of course) is the ongoing story of America. No, I am talking about something far more pernicious: the carving up of the Bill of Rights overtime by judges, or even worse, refusing to protect rights not specifically listed, in contravention of the Ninth Amendment. Instead of “equal” protection, some constitutional rights are considered more equal than others, and instead of an independent judiciary we have judges acting as a rubber stamp on the unconstitutional actions of democratic majorities. Perhaps a notorious example is appropriate. In March of 1924, the General Assembly of Virginia passed a bill that was signed into law that allowed for the state enforced surgical sterilization of those deemed by the state genetically unfit for procreation. You might expect the Supreme Court of the United States to have struck down this law as an unconstitutional violation.

You would be wrong.

In 1927 the United States Supreme Court decided in Buck v. Bell, that such a practice was perfectly constitutional. In Bell, the Court declared that “We have seen more than once that the public welfare may call upon the best citizens for their lives. It would be strange if it could not call upon those who already sap the strength of the State for these lesser sacrifices, often not felt to be such by those concerned, in order to prevent our being swamped with incompetence. It is better for all the world, if instead of waiting to execute degenerate offspring for crime, or to let them starve for their imbecility, society can prevent those who are manifestly unfit from continuing their kind. The principle that sustains compulsory vaccination is broad enough to cover cutting the Fallopian tubes.” Rather than protect the life, liberty, or equal rights of Carrie Buck, who in point of fact was wrongly accused of being mentally incompetent, instead the Court legalized the practice of negative eugenics across the United States. Carrie Buck was subsequently surgically sterilized against her will by the State of Virginia. According to the Supreme Court, “Three generations of imbeciles are enough.” How could something like this happen in the United States?

It was only possible because the Court decided to defer to the will of a democratic body for no other reason than that they had been elected. There is nothing in the Bill of Rights explicitly stating that some rights are more deserving of constitutional protection than others. As noted in a previous entry, it is not as if the Bill of Rights or Constitution says “The First Amendment is super important, but the Second is probably outdated,” or “The Ninth and Tenth Amendments don’t really count.” Rather, this specific listing (and those rights intended to be protected through the Ninth Amendment) were considered by the Framers (both Federalists and Anti-Federalists) to be the most important Natural Rights man possesses, and hence worthy of special protection from the new federal government. Justice Robert H. Jackson once wrote: “The very purpose of a Bill of Rights was to withdraw certain subjects from the vicissitudes of political controversy, to place them beyond the reach of majorities and officials and to establish them as legal principles to be applied by the courts. One’s right to life, liberty, and property, to free speech, a free press, freedom of worship and assembly, and other fundamental rights may not be submitted to vote; they depend on the outcome of no elections.” What Justice Jackson failed to mention is the fact that the other “officials” who cannot reach or diminish the protections contained in the Bill of Rights includes judges.

The trouble first began in the late nineteenth/early twentieth centuries. In an 1893 article titled “The Origin and Scope of American Constitutional Law” by James Bradley Thayer, Thayer argues that statutes enacted via democratic majorities should only be declared unconstitutional by courts if their unconstitutionality is “so clear that it is not open to rational question.” This view appears to have been adopted by Justice Oliver Wendell Holmes, Jr., in his dissent to the Court’s decision in the infamous case of Lochner v. New York. “[L]iberty in the 14th Amendment,” writes Justice Holmes, “is perverted when it is held to prevent the natural outcome of a dominant opinion, unless it can be said that a rational and fair man necessarily would admit that the statute proposed would infringe fundamental principles…”  Four years later, a simple footnote appended by a law clerk to a seemingly straightforward consideration of economic regulation came to define the tiers of scrutiny applicable to modern constitutional rights. The fourth footnote of United States v. Carolene Products Co. addresses “legislation [that] appears on its face to be within a specific prohibition of the Constitution, such as those of the first ten amendments,” as well as “statutes directed at particular religious, or national, or racial minorities…which may call for a correspondingly more searching judicial inquiry.” From this simple foundation came the three tiers of scrutiny applicable in modern constitutional law: strict scrutiny, intermediate scrutiny, and rational basis review.

However, both intermediate and strict scrutiny operate in ways that make them wholly different from the so-called “rational basis” test, which operates more as a rubber stamp on government action than providing any meaningful protection of individual rights. Under the  rational basis test, the burden is on the challenger, not the government, to show that a law is not rationally related to a legitimate government interest. That is to say, as long as a legislative objective is within a democratic body’s legitimate power, and the means are rationally related to achieve that objective, a statute challenged under traditional rational basis will be found constitutional. Challengers to statutes falling under traditional rational basis review must negate every possible justification for the government’s actions, even ones that the government makes up. Thus, statutes challenged under the rational basis standard (the MAJORITY of laws) enjoy a nearly insurmountable presumption of constitutionality.

But there is nothing magical or legitimizing about democratic majorities. Half the time voters are understandably rationally ignorant, and cannot name their local representatives let alone parse out the requirements of the Bill of Rights. The role of the courts was supposed be to limit the attempted infringements of individual rights by democratic majorities, whose preferences ebb and flow based on the passions and prejudices of the populace. But no more. Now, unless a legal right is specifically listed in the Bill of Rights (in direct opposition to the intent of the Framers), created by a congressional statute or administrative rule, or implicates a distinction based upon race or gender, it is all but assured to receive no meaningful protection from courts.

This is not a how a limited government is supposed to operate.

When advocating on behalf of the new American Republic, Alexander Hamilton once asked “Why has government been instituted at all? Because the passions of men will not conform to the dictates of reason and justice without constraint.” We can only hope that courts will decide to embrace their constitutionally prescribed role as the protectors of individual rights by constraining the often unconstitutional will of democratic majorities. ALL constitutional rights deserve the same protection, no matter popular political opinion.