In 2016, the National Marine Fisheries Service issued a biological opinion for the Oregon flood insurance program established by the Federal Emergency Management Agency (FEMA). The opinion imposes significant land-use restrictions on floodplain development. We argue that the opinion is contrary to law because FEMA’s insurance program is not legally responsible for any harm to species that floodplain development may cause.

The National Flood Insurance Act of 1968 authorizes FEMA to issue flood insurance to local communities.  The agency provides such insurance once a community has adopted “comprehensive criteria for land management and use,” as well as “adequate land use and control measures (with effective provisions)”.  These criteria and measures must take into account environmental concerns.

An agency must consult under the Endangered Species Act whenever its discretionary action “may affect” listed species or their critical habitat. When the affected species are within the jurisdiction of the National Marine Fisheries Service, that agency issues a “biological opinion,” which details the effects of the proposed action and suggests a reasonable and prudent alternative to the original action, if the Service determines that the action as proposed would jeopardize the continued existence of any listed species or destroy or adversely modify its critical habitat.

In 2009, a coalition of environmental groups sued FEMA for its failure to consult over the Oregon flood insurance program. The agency quickly settled, agreeing to request consultation from the Service on the program. In 2016, the Service obliged.  The agency’s biological opinion determines that the program—which as of 2015 included over 32,000 insurance policies—would jeopardize a number of aquatic species. The biological opinion’s rationale depends entirely on attributing the effects of floodplain development to the program. The document contains a reasonable and prudent alternative requiring draconian land-use restrictions. Consequently, Oregon local governments must dramatically restrict development in or near floodplains in order to obtain FEMA flood insurance.

Subsequent to filing the case, FEMA declined to implement the biological opinion. Coos Bay and PLF voluntarily dismissed the case on October 2, 2018, leaving open the right to refile if FEMA changes its mind. 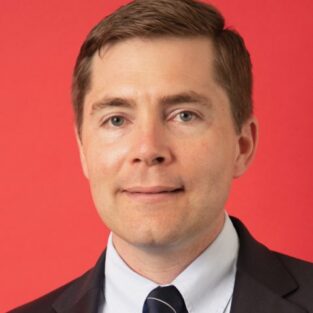 Fighting for just compensation after government destroys millions of honeybees