Fighting for just compensation after government destroys millions of honeybees

Beekeeping has been a part of Juanita Stanley’s family for generations, so it was no surprise when, in 2016, she decided to go into the honeybee business. Together with her husband, Mitch Yawn, she opened Flowertown Bee Farm and Supplies on 14 acres of land they own in Dorchester County, South Carolina.

Their goal was to produce enough healthy honeybees by spring 2017 to begin sales to people who needed bees for things like pollination and honey production. By late summer 2016, the couple’s daily care and maintenance had already paid off, producing 46 hives with several million healthy honeybees.

Then one day in late August, the County sprayed a highly toxic pesticide over their property in an effort to kill mosquitoes. Even though there were no cases of mosquito-borne Zika virus in the County at the time, the County feared media reports of a potential for mosquito-borne spread of the Zika virus. The County was well aware that mosquito pesticides are highly toxic to bees, so its traditional practice was to give beekeepers notice about planned mosquito sprays, giving them time to cover the hives to protect the honeybees. This time, however, the County did not call Flowertown to warn them of the aerial spray—the first time the County sprayed by air rather than by truck.

The next morning, Juanita Stanley discovered that the government’s one aerial spray destroyed millions of bees, Flowertown’s business, and the couple’s livelihood.

The honeybees destroyed by government are private, personal property. But when Juanita and Mitch sued in court, asking the County to pay the personal property it had destroyed, the County refused, claiming it has a right to destroy non-harmful property interests, like Flowertown’s business, to protect health and safety without any of the normal constitutional consequences—i.e., payment of compensation to those whose property is destroyed. Although the trial court agreed, Mitch Yawn and Juanita Stanley have appealed to the Fourth Circuit Court of Appeals. Their argument is simple and well-supported: The government does not get a pass around the constitutional prohibition against uncompensated takings of property simply because it waves the flag of “health and safety.”

When the government destroys valuable, non-harmful private property to serve a public good, it must still pay for it. Represented by PLF free of charge, Juanita and Mitch are fighting back to stop government from using public health and safety as an excuse to avoid paying for property it destroys. 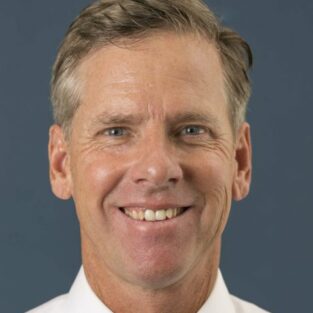 Pesticide limits due to the Endangered Species Act: California today, your backyard tomorrow?