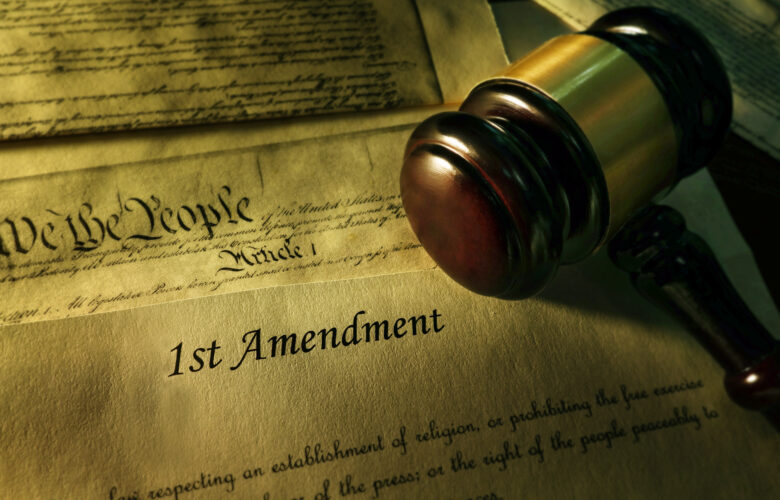 For over a century, the American Civil Liberties Union (ACLU) has been one of the staunchest defenders of the First Amendment and has routinely come to the aid of those whose rights have been trampled on by the government.

But over the past few years, the organization has shied away from its unbridled support of free speech, leaving a void in the movement to defend First Amendment protections.

In the wake of the Charlottesville protests in 2017, the ACLU implemented policy changes regarding its approach to First Amendment cases. In 2018, an internal memo from the organization described its new policy, which included a test to assess the “impact of the proposed speech and the impact of its suppression” before they would even consider taking a First Amendment case.

It now also considers whether defending free speech could have detrimental effects on marginalized communities or could jeopardize the organization’s credibility.

This is a far cry from where the ACLU started.

The ACLU’s inception stems from the passage of the Espionage Act of 1917. During that time, the Russian Revolution was inciting fear in the U.S. over communism’s spread, and resistance to the draft was also causing government concern.

Eugene Debs, for example, was sentenced to 10 years in prison under the Espionage Act after he spoke at a rally for peaceful workers telling them they were “fit for something better than slavery and cannon fodder.”

Likewise, in 1919, Schenck v. U.S., the Supreme Court upheld the conviction of a Socialist Party member after he sent anti-war leaflets to men across the country.

These events inspired the newly formed ACLU to intervene. The organization began defending activists who were being punished for expressing their views and were successful in getting several hundred people released from incarceration for violating the new laws.

This laid the foundation that earned the ACLU the reputation as a relentless supporter of free speech, even when the organization did not agree with what was being said.

In 1969, the ACLU defended the seemingly undefendable when they fought for the Ku Klux Klan’s right to free speech in Brandenburg v. Ohio.

When Ku Klux Klan member Clarence Brandenburg addressed a rally held in Ohio, he made mention of the possibility of “revenge” against Jewish and Black individuals. This resulted in his conviction for violating the state’s Criminal Syndicalism law, which prohibited speech that sought to “advocate…the duty, necessity, or propriety of crime, sabotage, or unlawful methods of terrorism as a means of accomplishing industrial or political reform.”

With the ACLU by his side, he challenged the Ohio law at the Supreme Court, which resulted in a reversal of his conviction. The Supreme Court ruled that he could be punished only in an instance “where such advocacy is directed to inciting or producing imminent lawless action and is likely to incite or produce such action.”

In the late 1970s, when neo-Nazis wanted to march through Skokie, Illinois, where many Holocaust survivors resided, the ACLU defended the group’s First Amendment rights, despite agreeing with most everyone that their beliefs were deplorable.

Former ACLU employees are concerned about the contemporary drift in the organization’s activities.

In fact, David Goldberger, the Jewish attorney who defended the free speech rights of Nazis on behalf of the ACLU, fears that “Liberals are leaving the First Amendment behind.”

This is an interesting twist to the history of free speech in the United States.

Protecting free speech of all individuals is no less important today than it was in the past. But while modern events, like the Charlottesville protests, have caused progressives to call for limits to speech deemed “hateful” or “hurtful” to certain groups, there was a time not so long ago when it was conservatives trying to rein in First Amendment protections.

During the 1950s “McCarthy Era,” named for Republican Senator Joseph McCarthy, some Republicans and right-leaning groups poured their efforts into curbing the spread of communism in the United States. This resulted in a “witch hunt” where anyone with ties to Marxism or communism was exposed and reprimanded. There were also laws passed making it illegal to publicly promote these views—a clear violation of freedom of expression and association.

At several points in history, conservatives have also called for laws banning the burning of the American flag. But in 1989, the United States Supreme Court ruled that flag burning was protected under the First Amendment in the controversial case, Texas v. Johnson.

Even with this landmark ruling, there have been other attempts by some conservatives to ban flag burning in the years since.

Guarding the First Amendment means doing so even when it is unpopular. It means standing on principle and recognizing that even heinous speech deserves protection, no matter what your politics may be.

While some progressives might be directing attention and resources elsewhere, many libertarian and conservative organizations are continuing the fight for free speech.

The Foundation for Individual Rights in Education (FIRE) focuses specifically on protecting free speech on colleges campuses. Its mission is to “defend and sustain the individual rights of students and faculty members at America’s colleges and universities. These rights include freedom of speech, freedom of association, due process, legal equality, religious liberty, and sanctity of conscience—the essential qualities of liberty.”

FIRE has helped students fight back against a variety of free speech violations by campus administrators. When Wichita State refused to recognize a libertarian student group because of its emphasis on free speech, FIRE came to its defense.

FIRE has also fought back against campuses that have implemented designated “free speech zones” and has defended students who were reprimanded for handing out pocket constitutions on campus.

The Institute for Free Speech (IFS) has also helped fill the void left by the ACLU. When William Thomas, an owner of several roadside signs in Tennessee, had his signs torn down by government officials who disagreed with its content, IFS came to his aid.

Likewise, the organization helped defend Kells Hetherington, who was fined hundreds of dollars for stating his political affiliation while running for his county school board, which is a crime under Florida law.

But in addition to political speech, commercial speech is also in need of protectors.

The Institute for Justice (IJ) is another public interest law firm that “litigates to protect commercial, occupational and political speech.” The organization seeks to “defend the free flow of information—information that is indispensable to our democratic form of government and to our free enterprise economy.”

In one of its cases, IJ came to the aid of a retired engineer from North Carolina, who was told he could not offer engineering advice or give his expertise on the topic unless he first obtained a license from the state. Oddly enough, before he retired, he was never required to obtain a license.

In another instance, IJ defended two North Dakota men who had painted a mural on the outside of their bar, Lonesome Dove. The pair did not know that city rules stated that “no mural may be placed on the front of the building” and “no mural shall convey a commercial message.” The city demanded they take the mural down or face a $1,000 fine.

Pacific Legal Foundation is doing our part, defending speech from government censorship based on its content, expanding legal protections for professional and commercial speech, and preserving the right not to be spoken for.

In one of our cases, Peggy Fontenot, an Indian artist who belongs to a tribe that the State of Oklahoma doesn’t recognize, was told she could not market her artwork as “American Indian Made” because she did not qualify as a “real” Native American.

In another case, we defended Debbie Pulley when the Georgia Board of Nursing worried that if she honestly explained her decades of experience as a midwife, people might jump to the conclusion that she was a practicing registered nurse—so they tried to deny her the right to use the word midwife to describe herself.

We also defended two California men who tried to end their union membership after the U.S. Supreme Court’s landmark decision in Janus v. AFSCME allowed them to do so. The union tried to deny them this right, ignoring the First Amendment’s guarantee that public sector workers have the right to choose whether to financially support a union.

While the faces of the free speech movement may have changed over time, the significance of defending free speech has remained unchanged. In fact, it may be more critical now than ever.

To ensure that this constitutional protection remains intact, supporters of free speech need to put politics aside and vigilantly fight for the First Amendment rights of all individuals.

Debbie Pulley v. Janice Izlar, President of the Georgia Board of Nursing December 11, 2019

The Oregonian: Oregon gives a cold shoulder to love letters September 15, 2021 I By DANIEL ORTNER

The Hill: Supreme Court: Schools must teach the value of free speech July 06, 2021 I By DEBORAH LA FETRA

Free speech protects ideas, including the right to truthfully advertise June 03, 2021 I By JIM MANLEY