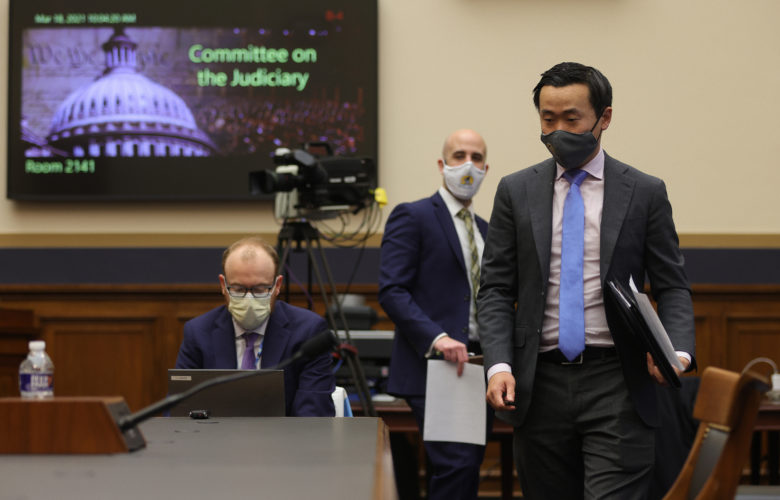 It’s not often that you have to prep for a Supreme Court argument and congressional testimony in the same trip, but such was the case for PLF attorney Wen Fa.

With short notice, Wen was asked to testify at a March 18 hearing of the House Judiciary Subcommittee on the Constitution, Civil Rights, and Civil Liberties. He had already traveled from Sacramento to Northern Virginia as part of the litigation team preparing for the Supreme Court argument in Cedar Point Nursery v. Hassid.

The hearing’s topic, “Discrimination and Violence Against Asian Americans,” is something that Wen is eminently suited to speak about. No, not primarily because of his own family background, which is an inspiring story that he shared in his testimony. Rather, it is because he is a leader in representing Asian-American parents whose children are being discriminated against by public schools through altered admissions policies designed to racially balance public schools at the expense of Asian-American students. These Asian-American parents are Pacific Legal Foundation clients standing up to discrimination in Fairfax County, New York City, and Montgomery County, Maryland.

Unfortunately, such discrimination is increasing.

With the tragic events in Atlanta in March, the hearing had even greater relevance. Though congressional hearings on hot-button issues generally attract increased viewership, this one garnered much more attention than we expected.

Not that there would be much of an audience in person: Capitol Hill was still on a complete lockdown, with miles of barbed wire surrounding the Capitol grounds and office buildings where we entered. All other hearing witnesses and several members of Congress appeared virtually at the hearing, but Wen requested to appear in person. And thus, three of us from PLF were the only members of the public permitted in the hearing room: Wen, our media associate Brad Lake, and me. Members of Congress and staff could not have been more pleased to see a live witness. In only a year, this once-normal occurrence has taken on a totally new character. It was refreshing to me as the head of PLF’s federal policy team to be able to interact with congressional staff in person again.

Wen tackled government-sanctioned discrimination in the form of racial preferences at public schools that penalize applicants for being Asian-American. That’s something that Congress can directly address. Although federal law already prohibits discrimination on the basis of race, Congress should enact additional legislation akin to California’s Proposition 209, explicitly banning quotas or racial preferences in admissions, public contracting, federal loans, and other federally funded programs.

Wen asked the members of the committee to look just west to Fairfax County, Virginia, where the policies instituted at Thomas Jefferson High School for Science and Technology are intended to reduce the total number of Asian-American students in the school.

In New York City, admissions tests are being changed to address what Mayor Bill de Blasio calls a “monumental injustice”—that is, the specialized schools previously enrolled “too many” Asian-American students.

Instead of staying the course with open and transparent admissions tests or finding ways to make the tests even better predictors of student performance, schools have begun de-emphasizing test scores to artificially change the racial composition of public schools. The problem, as the schools perceive it, is that their reliance on test scores and other indications of achievement have led to too many Asian-American students. Often this discriminatory intent is covert, couched in terms of equity and inclusion, while in others, it is out in the open.

Not only did Wen stand out as the only in-person witness at the hearing, but he also did so in that he recognized that racial discrimination can be out in the open and still not receive universal condemnation.

After his testimony, Wen was invited to write an op-ed for The Wall Street Journal, where he wrote:

“All Americans should aspire to make the nation one in which outcomes are determined by individual abilities, aspirations and achievements.”