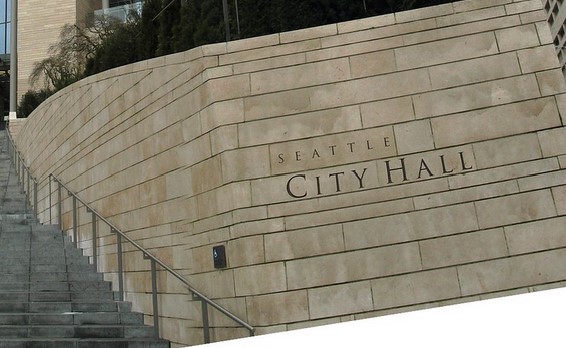 This January marks the 10th anniversary of one of the most polarizing Supreme Court cases in recent history: Citizens United v. Federal Elections Commission. Perhaps intentionally, during the same month, Seattle city officials are pushing through a package of sweeping campaign finance restrictions that defies the ruling in Citizens United. The City is either spoiling for an uphill fight, or it simply doesn’t care about the First Amendment constraints laid out 10 years ago. Perhaps both.

The fury whipped up by the Citizens United decision often overlooks the facts of the case. They’re worth recalling. A small nonprofit corporation called Citizens United wanted to advertise for a film criticizing presidential candidate Hillary Clinton. That’s political speech of the highest order. But federal law at the time prohibited corporations and unions, including political advocacy groups like Citizens United, from paying for “electioneering communications,” a fancy term for speech that advocates for or against a candidate.

The Supreme Court held that the government could not ban political speech simply because the speakers happen to organize themselves in the corporate form. Despite the case’s controversy, this was hardly a radical notion. A group of people had made a political film. That film couldn’t be banned just because their organization was incorporated rather than organized in some other fashion. These days, it’s common for political advocacy groups and media organizations to be incorporated. Stifling such speech is a grave injustice to both the speaker and the people deprived of vibrant public discourse.

But the Seattle City Council won’t let the First Amendment stand in its way. The council has concocted several bills comprising a “Clean Campaigns” package that clashes with Citizens United — and the First Amendment — on every score. One bill prohibits “foreign-influenced corporations” from spending money on speech for or against a candidate. “Foreign influence” means that someone who owns at least one percent of the business isn’t a U.S. permanent resident or has an immediate family member who isn’t a U.S. citizen or permanent resident.

This is a bizarre notion of influence, since someone who owns a stiletto-thin slice of a business probably isn’t involved in the business’s political spending. And the bill strays into paranoid delusion by deeming a business to be under the thrall of “foreign influence” if a single owner has a grandparent from another country.

It’s disheartening to see a progressive city pass such an anti-immigrant bill. The law will mostly muzzle businesses owned by visa-holding immigrants and their descendants while having no genuine impact on nefarious “foreign interference” in Seattle elections. The city is ignoring Citizens United and the First Amendment while pandering to anti-immigrant fervor.

Another bill now grinding its way through the legislative process will cap contributions to super PACs that engage in unlimited political fundraising and spending independent of candidates and political parties. This is a blatant affront to established First Amendment law, which has said since 1976 that independent expenditures warrant greater First Amendment protection than contributions to candidates. The Supreme Court has held in Citizens United and elsewhere that such speech doesn’t pose an adequate risk of corruption to justify spending limits. Based on that principle, federal courts have repeatedly held that governments cannot impose restrictions on contributions to super PACs. That makes sense since super PACs aren’t giving those contributions to candidates — they spend it on their own expression. Individuals have always been able to spend large amounts of money, so groups should be able to as well.

Seattle’s 2019 election saw a massive infusion of cash — $4 million in PAC spending. Many people equate that money with corruption. But a lot of money in elections simply means a lot of speech, which is just what the First Amendment protects.

So what politicians are saying when they pound the pulpit about getting money out of politics is that they want to get speech – which almost always means someone else’s speech — out of politics. That’s what the City Council is doing here—reducing the amount of political speech. Certainly, big spenders can more afford to get their voices heard, but that hardly means we’re better off without that speech.

We live in a society premised on the notion that more speech is a good thing. As for whether the speech is right or wrong, that’s for voters to decide. Seattle may want less speech in its elections, but it will soon find that the Supreme Court had something to say about that 10 years ago.

A Washington court denies Santa’s freedom of speech December 30, 2019 I By ETHAN BLEVINS

Freedom of speech means freedom not to speak, too August 13, 2019 I By TIMOTHY SNOWBALL