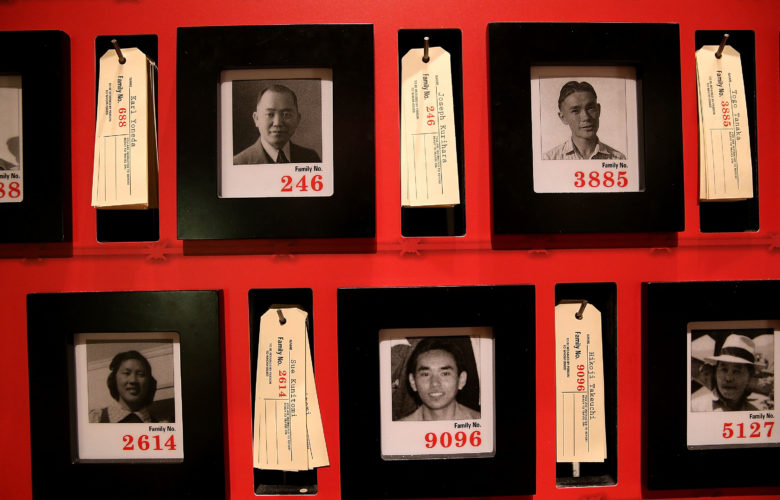 Of those individuals held in the internment camps, over two-thirds were American citizens who were treated as foreign enemies because of their ethnicity. The remaining one-third, while not yet citizens, were immigrants hoping the United States would offer them the chance to pursue the American dream. These were not enemy combatants—they were neighbors, moms and dads, and children.

It is of the utmost importance that we remember the stories of the individuals whose lives were temporarily uprooted because of the government’s abuse of power and disregard for the Fourteenth Amendment. And who, despite this egregious act, demonstrated resilience and strength in the face of great obstacles.

Aiko Herzig-Yoshinaga was just a senior in high school on the day the Japanese attacked Pearl Harbor. As many Japanese Americans worried about the repercussions of the violent attacks, which they had absolutely nothing to do with, Aiko had other concerns as well.

Her principal had taken Japanese students aside and told them they would pay for their “people’s” actions by not receiving diplomas. As if this wasn’t awful enough, Aiko feared she would soon be separated from her family and friends—including her boyfriend.

Not knowing what was about to come, she and her boyfriend eloped and married against her parents’ wishes.

Imagine being stripped of your life, your home, your family, and your belongings and thrown into crowded, barren barracks. Now imagine it was your own government doing this to you. Sounds like something that happens somewhere else, not in the alleged “land of the free.”

Upon arriving at the camp, Aiko was given a canvas bag with instructions to fill it with hay—a bag that was to be used as a mattress during the years she awaited her release.

“The only thing that was in the ‘apartments’ when we got there were Army metal beds with the springs on it, and a potbellied stove in the middle of the room. That was the only thing. No chest of drawers, no nothing, no curtains on the windows. It was the barest of the bare.”

While she was allowed to reside with her new husband, it was not the ideal situation for newlyweds—nor anyone, for that matter.

Families eventually got as creative as they could, using sheets and whatever fabric they could find as room dividers to provide some semblance of privacy. Even so, these are not the circumstances the government should have been forcing its own citizens to endure, especially for long durations.

While it is surely not how she imagined starting a family, the internment center in Death Valley would be where Aiko would give birth to her first daughter.

Separated from her parents, she was informed by relatives that her father had fallen ill and was on his deathbed. She was able to request a transfer to another location in order to say her goodbyes. This visit would be the first and last time her father would see his granddaughter.

Aiko’s father would not live to see his liberation from detainment; neither would the estimated 1,862 other individuals who died during their internment.

Aiko’s story is just one of many.

Racism of another form

We may shudder now to think of such a blatant violation of the Fourteenth Amendment’s promise of equality before the law, and rightfully so. But it is important to remember that the fight to uphold equal treatment is a perpetual battle, and not one that ended when the Fourteenth Amendment passed in 1866, or when Japanese Americans were finally released from captivity.

The story of Japanese internment camps is just one chapter in the long history book of atrocious government acts committed against not only Japanese Americans, but other individuals of Asian descent.

Yet these horrific acts perpetuated by the government did not turn any of these individuals into victims. On the contrary, it inspired many to encourage their descendants to become ever-more-vigilant and prepared for any future discriminatory acts committed by the hand of the state.

In spite of the discrimination faced, and still being faced, by many Asian-Americans, much progress has been made in the years since 1942. But that does not mean the fight for fairness is over.

Pacific Legal Foundation has been actively involved in the fight to protect the constitutional guarantee to equality before the law.

PLF recently filed an amicus brief on behalf of Students for Fair Admissions in their suit against Harvard University’s racist admissions policies designed to limit the number of Asian-American students accepted. These courageous students are hoping their case will be heard in front of the Supreme Court, so that they might have the opportunity to continue the fight for fair treatment.

In March, PLF filed suit against the Fairfax County School Board on behalf of Coalition for TJ—a group of over 5,000 students, parents, and community members—to fight back at discrimination against Asian-Americans in academia.

Thomas Jefferson High School for Science and Technology, or TJ, is the nation’s top-ranked public high school. It earned this title by establishing rigorous merit-based admissions policies that admit only the students who have proven themselves well-prepared to take on the school’s challenging curriculum.

But new equity based-admissions policies were created, specifically targeting Asian students and limiting the number admitted to the school each year. No longer are test scores and GPAs deciding factors in admittance, penalizing those who have been preparing for TJ admittance since the start of their K-12 educations.

This change has been justified as a means of allowing other minorities the chance to attend TJ. Students have historically been admitted based on merit, and this should not change simply because one race happens to be achieving these standards more often than others.

“To be clear, as an African-American father of a TJ student, I would also like to see more Black and Hispanic students at the school. But if those students are not making the grade, the problem isn’t the standards.”

Of his daughter who hopes to attend TJ someday, he said:

“I tell her she’ll have to work just as hard as he did to earn that privilege—there won’t be any shortcuts or special favors extended to her. Just as there were no shortcuts or favors for my father when he was one of the first Black graduates of the University of Pennsylvania Law School, or when I was admitted to the U.S. Naval Academy. We had to work hard to earn those opportunities, and she will, too.”

When government treats people differently on the basis of race, bad things happen. Making race a factor in any public institution’s admissions policy is not only wrong, it’s illegal.

This is why we fight relentlessly for equality at PLF.

Every single person in this country has the right to pursue happiness and prosperity without being trampled upon by government discrimination. This applies to situations as extreme as the internment camps of WWII and the acts occurring in both K-12 and higher education.

To truly live out the meaning of the now-trending #StopAsianHate, we need to understand how racism and discrimination come in many forms, all of which inhibit the livelihoods of American citizens.

Of the internment of Japanese Americans, Aiko likes to remind Americans:

“We haven’t learned from all these lessons! It’s happened once, and unless you are careful it could happen again.”

We should do all we can to ensure that the government does not treat people differently based on arbitrary factors, like race.

America’s tragic history of discrimination against Asian-Americans April 22, 2021 I By BRITTANY HUNTER