Blog > Issues > Equality Under the Law > For decades, the government discriminated against Asian immigrants’ right to earn a living and hold property

For decades, the government discriminated against Asian immigrants’ right to earn a living and hold property 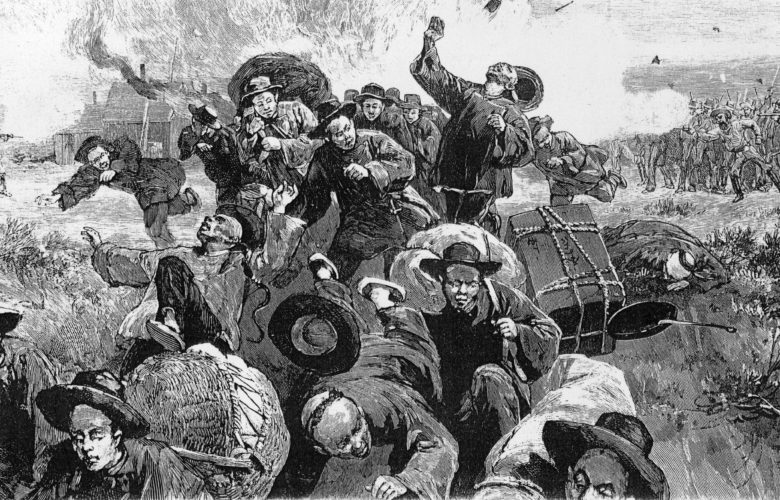 When the Statue of Liberty was erected in 1875, it stood as a beacon for freedom and openness, welcoming immigrants from around the world. Millions came seeking a country where they could flourish and pursue their own happiness.

But that promise rang hollow to many Asian immigrants who had to endure a host of state laws—and state constitutions as well—designed to stop immigration and deny employment opportunities, and even the right to own property.

By stripping these immigrants of the right to earn a living and later the right to own property, state-sponsored discrimination against Asian immigrants became a hallmark of late 19th- and early 20th-century legislation.

Take California, for example. Four short years after the Statue of Liberty was erected, California adopted a new constitution that was rife with anti-Asian discrimination.

California’s 1879 constitution was an object lesson in hypocrisy. It began nobly enough, stating that: “All men are by nature free and independent, and have certain inalienable rights, among which are those of enjoying life and liberty; acquiring, possessing, and protecting property; and pursuing and obtaining safety and happiness.” These are timeless American principles, the same that are espoused in our Declaration of Independence.

But spurred by the so-called “Workingman’s Party” and its fears over cheap labor, Article XIX prohibited any corporation or any state or local government from employing “directly or indirectly, in any capacity, any Chinese or Mongolian.” There was only one dissenting voice by a lone delegate who called the Article a “savage monstrosity” and an example of “man’s inhumanity to man.”

Chinese immigrants had been indispensable to the mines during the Gold Rush and to the construction of the railroads after the gold ran out. But after the last of the major railroad tracks was laid, there was a xenophobic fear of a massive oversupply of labor—especially cheap Chinese laborers who allegedly depressed the wages of “native” Californians. This is simply untrue.

There was, and still is, a widely held myth that there is only so much wealth to go around. But there is no fixed economic pie. With more economic growth comes new chances for prosperity that empower every individual.

On top of the perception of competition in the labor market, there was an overt sense that Chinese immigrants were too different from, and inferior to, white Europeans.

Jacob Riis, a progressive reformer, wrote How the Other Half Lives, a book that chronicled the slums of New York City and went so far as to suggest that Chinatown was “honeycombed” by groups of single Chinese men who “served no useful purpose” and their “women, all white, girls hardly yet grown to womanhood, worshiping nothing save the [opium] pipe that has enslaved them body and soul.”

This sort of ethnic prejudice could be found in major newspapers and periodicals across the United States and served to feed a frenzy of discriminatory laws—especially in California.

Starting in 1850, license fees were directed at Chinese miners. In 1862, a special tax was imposed on persons “of the Mongolian race,” although the California Supreme Court soon struck it down because it conflicted with federal law. Local cities often followed suit, with San Francisco adopting ordinances targeting housing and businesses run by Chinese. The purpose of these laws was obvious. As the California Supreme Court put it in 1862, they all had the “same spirit; hostility to the Chinese, and an intention to banish them from the country.”

The advocates for increased Chinese discrimination saw a great opportunity with the adoption of a new California Constitution. Not only did it prohibit the hiring of “Chinese or Mongolian” workers, but it used the most graphic terms to describe the Chinese as “vagrants, paupers, mendicants, and criminals…afflicted with contagious or infectious diseases.”

This assault on the rights of the Chinese immigrants was not limited to employment and taxes but extended to denying these individuals the basic right to live in our cities. Section 4 of Article XIX commanded the state legislature to “delegate all necessary power to the incorporated to cities and towns…for the removal of Chinese from the limits of such cities and towns” or for their confinement to special districts. Thus, the Chinese often could live only in the Chinatowns of California’s cities.

Other than one delegate’s moral objections to these provisions, the only other issues were those lodged by a few delegates concerned that the courts might overturn some of the more brazen provisions. It was nevertheless adopted by a vote of 104 to 16.

The federal courts were swift, however, and the most objectionable provisions did not survive. One challenge filed by an owner of a silver mining company, who had been arrested for refusing to fire his Chinese employees, is particularly noteworthy.

In the case of In re Tiburcio Parrott, a federal court ruled that the anti-employment provisions violated the Equal Protection Clause of the Fourteenth Amendment to the United States Constitution, the Civil Rights Act of 1866, and a treaty between the United States and China.

Indeed, the court was quite dismissive of the justifications for the offensive provisions, noting that Chinese immigrants “are as little likely to fall into vagrancy, pauperism, and mendicity…as any other class, native or foreign born.” Thus, the court continued, the “Chinese have a perfect right…to reside in the States, and enjoy all privileges, immunities, and exemptions that may there be enjoyed by the citizens of any other nation.”

But the 1880 decision was hardly the end of discriminatory laws—they just became more sophisticated.

The federal government passed the “Chinese Exclusion Act” in 1882, which limited Chinese immigration and was later upheld in the courts. San Francisco tried to ban wooden laundry buildings, because they were almost all owned and run by Chinese, until the U.S. Supreme Court put a stop to the law in 1886.

But with the prohibition on Chinese immigration, others began to take their place as agricultural laborers, primarily Japanese immigrants. It was their presence that led to the adoption of the so-called alien land acts.

These laws were adopted by 15 states and prohibited Asian immigrants from owning real estate. The California Constitution, for example, in its “Declaration of Rights,” limited the right to own property to native-born citizens and “Foreigners of the white race or of African descent” who are “eligible to become citizens of the United States.”

After a treaty with Japan permitted Japanese immigrants to own residential land within cities, California turned its attention to rural agricultural land.

In 1913, California voters adopted an initiative which prohibited land ownership by aliens not of the white race or of African descent and not eligible for citizenship. During this era, 14 other states adopted similar alien land laws, including Arizona, Arkansas, Idaho, Florida, Kansas, Louisiana, Minnesota, Montana, Nebraska, Oregon, Texas, Washington, Utah, and Wyoming.

While there were some successful attempts to sidestep these laws by putting land into the names of native-born citizen children of Japanese immigrants, the alien land acts had the effect of dramatically reducing the ability of Japanese farmers to own or even lease the land they farmed.

After the U.S. Supreme Court in 1923 upheld a California ban on sharecropping by Japanese farmers, many Japanese left for good.

In the asparagus farming community of Walnut Grove, California, Japanese farmers—who leased or sharecropped their land from white landowners—dropped from 158 farmers in 1923 to fewer than 80 in 1926. As native-born children grew older, some stability returned to the Japanese farming community—but it was short lived.

It was not until 1952 that the California Supreme Court, in a 4-3 decision, found the state’s alien land act to be an unconstitutional violation of the Fourteenth Amendment to the United States Constitution. Other states followed.

But the last alien land act was not repealed until 2018, when voters in Florida repealed their version.

This history demonstrates why the right to earn a living and hold property are so important. Government shouldn’t have the power to abridge them. It doesn’t matter the intent of the authorities, but having that power allows people with whatever motives they might have to abuse individuals.

Whenever state-sponsored discrimination rears its ugly head, it is never confined to depriving some people of just some of their rights.

Just as all our civil rights are intertwined, these laws target not only an ethnic minority’s right to earn a living, but also the right to own and use property, the right to an equal education, and all those other freedoms that are guaranteed to all Americans.

That is why PLF’s fight for property rights is so closely tied to its fight for equal treatment of all citizens under our laws: all rights matter to all Americans. When laws exist to secure property rights and opportunity, the prejudices of some are not able to affect the rights of others.

The government’s internment of Japanese Americans was a grave violation of civil rights May 13, 2021 I By BRITTANY HUNTER