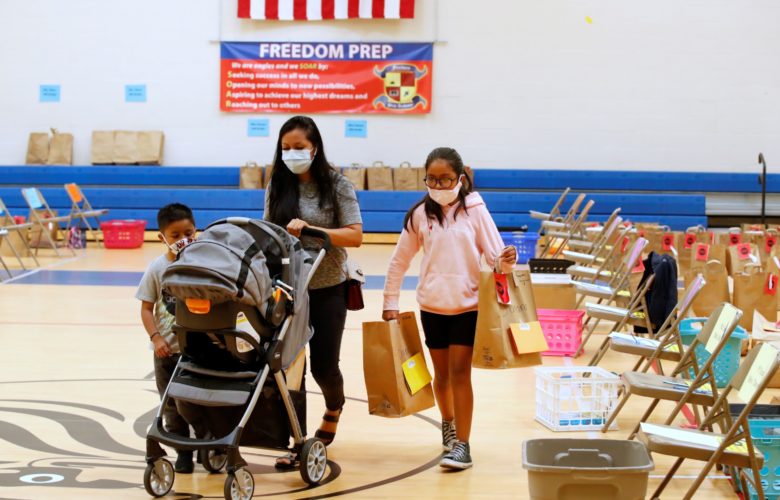 Every fall marks the beginning of school. This school year, of course, looks markedly different from any in memory. Because of COVID-19, states and localities across the country remain in various stages of lockdown, while schools and families have scrambled to restart some kind of instruction.

Some states have left the details up to local school districts, often with guidance and suggested safety protocols. In other states, school districts were required to get approval from state officials before opening for in-person learning.

But in many states, governors have issued blanket orders—either closing every public school (in California, every public and private school) in their states and allowing only “distance” learning, or in some cases, requiring every school to open for in-person learning.

Colorado, Louisiana, Maryland, Michigan, Minnesota, Oregon, and Utah have broadly ordered school buildings to be closed. On the other side, Texas, is mandating in-person learning and requires districts to obtain waivers to close. Hawaii, which has only one school district, has ordered its schools to open. And Florida’s governor issued an order requiring all public schools to be open, but that order is now tied up in litigation.

Does this make sense? Should governors—especially governors of large and diverse states like California, Texas, and Florida—issue broadly applicable orders to local schools?

Probably not. Since COVID-19 hit the U.S. early this year, the infections, hospitalizations, and deaths have varied widely among states. New York was hit early and severely—at least New York City and its surrounding areas were. In California and Florida, cases spiked later (but appear to be slowing), and their death rates have stayed below New York’s. This may be surprising with respect to Florida, because it has one of the older populations in the country. (California and Texas are among the youngest; New York is somewhere in the middle.) Similar differences can be found within the states, too. Heavily populated areas were affected by the virus more than sparsely populated areas. Upstate New York, for example, did not suffer nearly as much as New York City. And COVID-19 poses a much greater threat to some people, because of their age or medical condition.

All of these variations suggest that risk levels vary state to state, district to district, school to school, and family to family. Some parents desperately want their children to attend school in person, while others are understandably worried—particularly if some family members are more susceptible to serious illnesses. Ultimately, governors shouldn’t make broad, and necessarily arbitrary, decisions by fiat to determine the best course for the entire state.

As the great economist Thomas Sowell remarked, there are no solutions, only trade-offs. Broad orders like these ignore that reality. Whatever good may result from these orders will be countered by negative, though unintended, consequences. Many recognize, for example, that online learning is generally not as effective as in-person learning—especially for poor, minority students. Of course, many parents and students may prefer online learning, which may be better in their particular circumstances than traditional, in-person classes—and they, too, should be allowed to decide for themselves to pursue that avenue.

So, the question becomes—because most people prefer in-person instruction, what about the health concerns? Well, as the CDC and others have pointed out, children who become infected with COVID-19 are far less likely than everyone else to suffer severe symptoms. Again, families that have particularly vulnerable individuals at home may choose to keep their school-age children home to avoid transmission. But for the average family, the health risks posed by in-person classes are manageable. And, at the very least, accepting those risks belongs with families and schools—not state governors.

Ultimately, states should let individual school districts, schools, teachers, and families decide what type of learning is best for their students, and provide the support they need to be successful with those decisions.

Jefferson City News Tribune: The Missouri Legislature should heed the cries of its constituents and rein in emergency powers February 25, 2021 I By DANIEL DEW