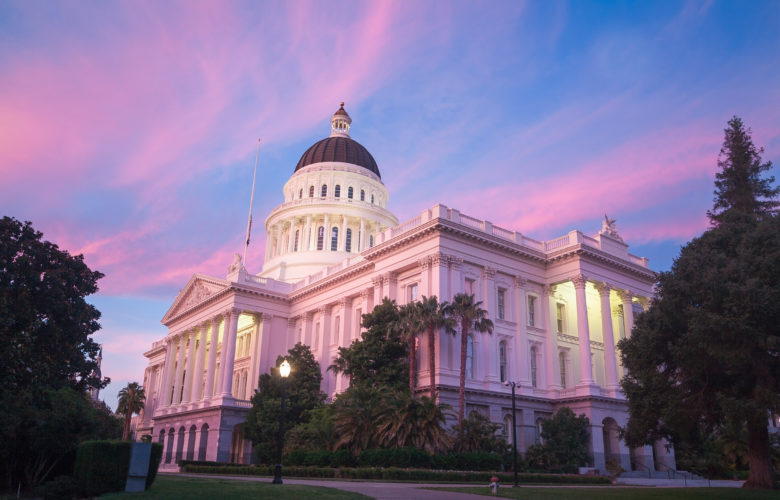 Quick! Close your eyes and think of how coronavirus can be used as a justification for a law that you want to be enacted. Be creative! What’s the biggest stretch you can come up with?

Racial discrimination is wrong, and a pandemic only multiplies its harmful effects. Take public contracting. California must procure the testing kits, masks and medical supplies that we need to beat this virus. If California imposes racial quotas in procurement that we’ve seen in other places, it could limit the ability of Californians to receive medical equipment at a time when they need it most.

Repealing the Civil Rights Initiative would give California colleges and universities the legal authority to racially discriminate in admissions. Colleges would likely use this opportunity to enact admissions preferences, like those at Harvard and the University of North Carolina, that discriminate against Asian American applicants. The pandemic has already led to a handful of bias crimes and other nasty incidents of discrimination against Chinese Americans. There is no reason for California to allow university admissions counselors to stereotype Asian Americans in the same way that others have unjustly done recently.

So what could be the justification for repealing California’s landmark civil-rights legislation?

At a hastily put together Assembly hearing last week, Rodriguez and other members of the Assembly had no answers to these questions. Their best stab was that the coronavirus supposedly has a disproportionate effect on minorities. Yet, nobody explained how racial preferences and quotas in education and contracting would eliminate disparities in health outcomes. The opposite is far more likely since better health is associated with higher education and wealth; and ending racial discrimination in California has led to higher graduation rates for all Californians, including African American, Hispanic, and Native American students.

Erwin Chemerinsky, a Berkeley law professor, offered a different theory. Chemerinsky testified that repealing the Civil Rights Initiative was necessary to ensure that women and minorities have access to the political process. His argument is wrong in law and principle.

State and federal courts have rejected that exact argument in upholding the Civil Rights Initiative. The U.S. Supreme Court did so as well in upholding Michigan’s counterpart to California’s antidiscrimination law.

As the court noted, the principle of equality of the law is not so fragile that it can be undone with just a bare majority of votes. The Civil Rights Initiative does not prevent any Californian from participating in the political process and petitioning the government for individual or group benefits unrelated to race, sex or ethnicity. It instead recognizes that the political process cannot be used for the purpose of discriminating on the basis of race.

Racial preferences also often harm their intended beneficiaries. A growing body of research suggests that students who receive racial preferences in admissions are less likely to graduate with science, technology or engineering degrees than students with similar academic credentials who receive no such preferences. Other studies show a similar effect on bar exam passage for law students.

California is a particularly interesting example because research showed an increase in graduation rates of African American, Hispanic, and Native American students after the passage of the Civil Rights Initiative. Another study that examined the performance of African American students found that these students received honors at higher rates after California prohibited public universities from discriminating.

This shows that the Supreme Court was quite prescient when it noted that preferences create the misimpression that their intended beneficiaries are incapable of succeeding without them. In reality, individuals are capable of great things without government interference. The hard-earned successes of Californians shouldn’t be tarnished by the shroud of racial preferences.

If California does reinstate racial discrimination, the Pacific Legal Foundation stands ready to defend the equal protection rights of Californians. PLF has won courtroom victories in challenging unconstitutional racial preferences and is prepared to challenge unlawful favoritism again. Even if the Civil Rights Initiative is repealed, PLF will ensure that Californians will still enjoy rights enshrined by the Equal Protection Clause of the Fourteenth Amendment to the United States Constitution.

It shouldn’t get to that point. Instead, California should reject Rodriguez’s attempt to reinstate a failed and divisive system of race and gender quotas. Coronavirus should not be used as a pretext to push identity politics that will do nothing to mitigate the pandemic and that will take away from efforts that could help end the current crisis.

This op-ed was originally published by The San Francisco Chronicle on May 26, 2020.