Blog > Issues > Free Speech and Association > The Founding Fathers of our limited government: Thomas Jefferson and the freedom of speech 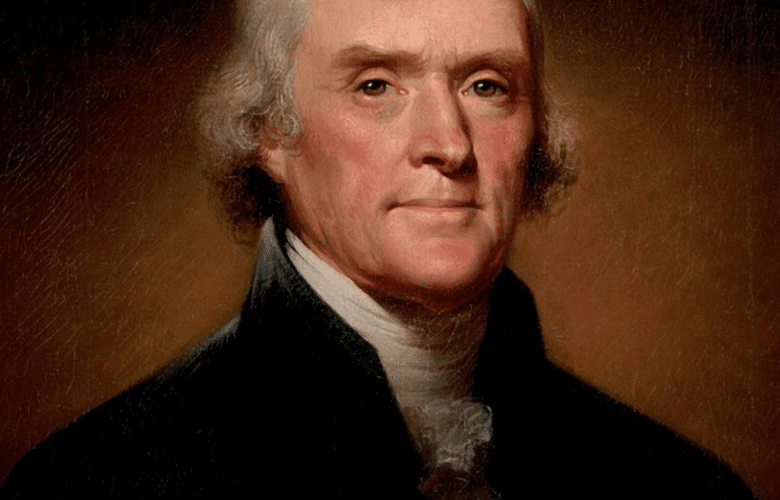 This is the fifth in a five-part series dedicated to exploring the lives, ideas, and contributions of the five individuals most directly responsible for the founding of the United States. Without the courageous actions of James Madison, Benjamin Franklin, John Adams, George Washington, and Thomas Jefferson, America would not be the country that it is today. In Part Five, we discuss Thomas Jefferson and the foundation he laid for our freedom of speech.

After several days of debate and revision, the Second Continental Congress voted to approve the final draft of the Declaration of Independence. Its author, Thomas Jefferson, was relieved his work passed this important test. But Jefferson almost didn’t write the words we all learned in our history classes. The five-man committee tasked with drafting the official statement breaking political ties with Great Britain had originally proposed John Adams to be its primary author.

But Adams insisted his friend, Jefferson, write the soon-to-be United States’ founding document. It was a wise choice.

The Declaration would form the basis for our American Republic and become the most eloquent and powerful statement of Enlightenment principles ever committed to parchment. Rather than simply listing their grievances, Jefferson produced a document that not only justified the new United States but also spelled out a theory of natural rights and the basis of a legitimate government.

Jefferson’s life of outspoken self-expression was nothing short of revolutionary. And he, more than any other Founding Father, would help solidify our freedom of speech.

Born in Shadwell, Virginia, on April 13, 1743, Jefferson’s formal education began when he was just five years old. Young Jefferson studied Latin, Greek, French, history, science, and the classics. When he was 16, he entered the College of William and Mary and studied mathematics, metaphysics, and philosophy. The acquisition of knowledge and the art of effective communication became an obsession for Jefferson.

Jefferson’s commitment to self-expression would carry over to his later endeavors as a public servant. He was directly responsible for our First Amendment and the freedom of speech it protects. Jefferson was out of the country serving as ambassador to France when the Bill of Rights was being debated. But Jefferson regularly corresponded with James Madison and convinced the younger statesman to fight for such protections. The Supreme Court has even traced the language of the First Amendment directly to a bill previously introduced by Jefferson in the Virginia legislature.

Jefferson was also the leader of the new Democratic–Republican Party, one of the first two political parties in America. In this role, he would lead the vocal opposition to the fiscal policies of the Washington Administration led by Alexander Hamilton and the foreign policy of the Adams Administration regarding a possible war with France. No matter the political pressure or likely consequences, Jefferson stuck to his guns and spoke his mind.

One of Jefferson’s many influences on our fledgling Republic’s dedication to freedom of speech was his opposition to President John Adams’s enactment of the so-called “Alien and Sedition Acts.” The French Revolution across the Atlantic Ocean threatened to tear the country apart, and Adams and the Federalists feared being drawn into the conflict. In addition to making it more difficult to become a citizen and allowing the president the power to detain “dangerous” foreign aliens, the legislation made it illegal to criticize the government.

The Sedition Act specifically outlawed conspiracies “to oppose any measure or measures of the government” and also outlawed publishing “any false, scandalous and malicious writing against Congress or the president.” These coercive laws resulted in more than a dozen indictments of newspaper editors, publishers, and even a Democratic–Republican congressman who wrote an article criticizing President Adams. Jefferson fought fervently against these violations of freedom of speech and a free press and subsequently defeated John Adams for president.

While a lot has changed since the 18th century, free speech issues continue to be a flashpoint for controversy. Since the Founding, the Supreme Court has increasingly recognized the importance of free speech to our society, both because of its importance to democratic deliberation and individual autonomy. The government can no longer lock you up for speaking your mind, but government’s still regularly try to control your ability to freely express yourself.

Speech restrictions and censorship are widespread across the United States. Despite progress in Minnesota, Texans are banned from voting at a polling place while wearing clothing considered too “political.” California banned photographing or taking video of falconry birds. And governments across the country prevent the marketing of products based on their content or with arduous requirements attached. But the First Amendment protects our freedom of speech despite what the government deems offensive or controversial.

These affronts to free speech go against what Jefferson and other Founders believed about our freedom of speech and expression. Pacific Legal Foundation and our allies fight on behalf of Americans’ right to speak their minds and express themselves, free from the threat of government sanction.

Jefferson once wrote, “Our liberty depends on the freedom of the press, and that cannot be limited without being lost.” Jefferson understood that, when it comes to expressing ourselves, whether it be in public or as a member of the media, we each have a right to speak without the government’s permission.

This unknown colonial lawyer helped spark the American Revolution and paved the way for American property rights March 18, 2020 I By DANIEL WOISLAW