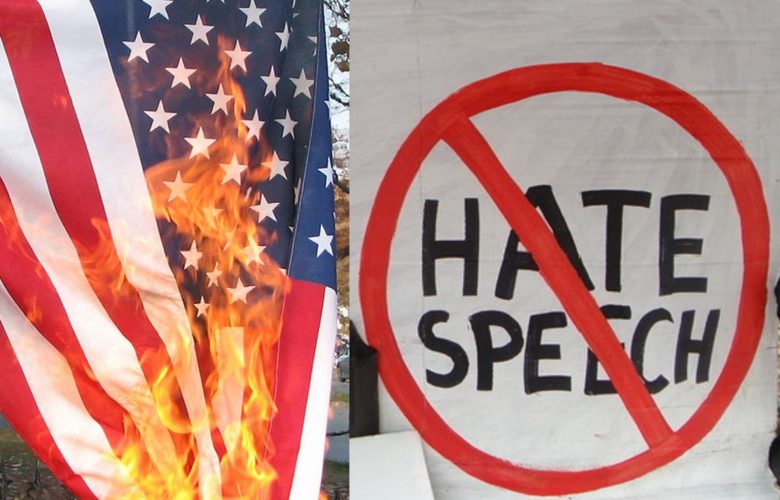 Throughout American history, people’s views on what should or should not count as protected speech under the First Amendment has waxed and waned along with cultural trends and changing political ideologies.

But rarely do we see the viewpoint on certain fundamental rights shift so dramatically.

Progressives used to champion the freedom of speech, even in cases at the U.S. Supreme Court. Now it is more likely to be conservatives defending the First Amendment while progressives push for government censorship and restrictions on speech they don’t like.

How did we get here?

For the better part of the 20th century, progressives were some of the most vocal proponents for protecting people’s freedom of speech. In the early 1900s, labor organizers formed organizations like the ACLU and fought for the rights of workers to speak and assemble freely.

For example, in 1925 the ACLU defended the free speech rights of Benjamin Gitlow, a member of the Socialist Party of America, who was charged with “criminal anarchy” for distributing a document called the “Left Wing Manifesto.”

During the Vietnam War era, progressives supported individuals protesting the war. This included the case of Paul Robert Cohen, who was charged with disturbing the peace for wearing a jacket displaying “F*** the Draft” inside a public courthouse. It also includes the case of five students in Des Moines, Iowa, who decided to wear black armbands to school in protest of the war. Both cases led to Supreme Court decisions that increased speech protections for all Americans.

In the ’70’s and ’80s, the ACLU even came to the defense of Americans charged with crimes like burning the American flag, which was alleged to be “indecent speech,” and defended the First Amendment rights of despicable groups like Neo-Nazis.

But in the past 20 years, there appears to have been a shift in the cultural dynamic.

Ironically, today’s progressives are making many of the same arguments to restrict free speech that conservatives previously made when fighting against pornography and obscenity. Rather than upholding an individual’s freedom to express himself or herself, progressives would rather restrict speech according to their own ideological or cultural preferences.

Louis Michael Seidman, a constitutional law professor at Georgetown, has even argued that free speech is not a progressive ideal, and that there are substantive differences between “conservative speech” and “liberal speech.” Northeastern University psychologist Lisa Feldman Barrett argues that there are times when speech can be so offensive and upsetting that it is akin to using actual physical violence against someone.

Now, conservative student groups are filing lawsuits fighting enforcement of so-called speech codes and free-speech zones on many university campuses. Their supporters in the courts of law and public opinion are now more likely to be found on the political right than the political left.

This shift in the views of the right and left on free speech has been sharp and dramatic. We can only hope that today’s free speech advocates can preserve the right of each of us to express ourselves against those who would choose government censorship.

When the Framers of the Bill of Rights decided to recognize freedom of speech in the First Amendment, they could not anticipate how American culture would develop over the next 200+ years.

But luckily for all Americans, they codified those rights in a written Constitution, which doesn’t change based on cultural and political movements.