Blog > Issues > Separation of Powers > How did unelected bureaucrats hijack the role of legislators? 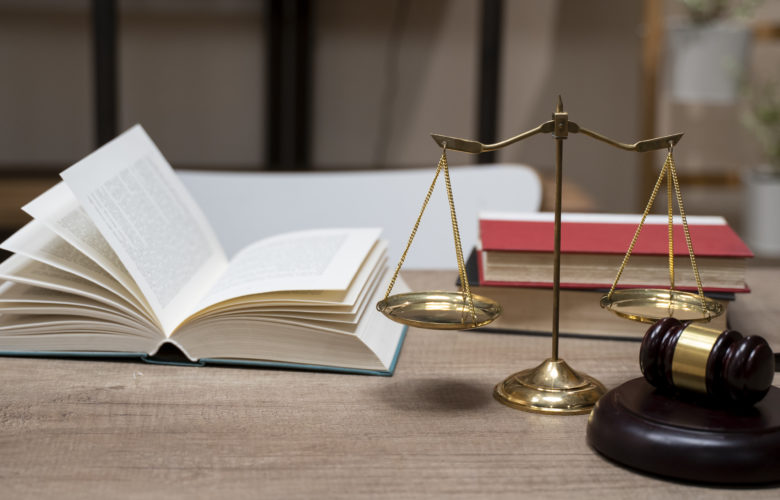 James Madison famously wrote, “If angels were to govern men, neither external nor internal controls on government would be necessary.” There are, of course, no angels to be found within our government. For this reason, our Constitution divides powers among the three branches of government—the executive, the legislative, and the judicial.

This system of “checks and balances” ensures that each branch of government is independent and confined to its enumerated powers so that no branch can tread on the others’ territory or become more powerful than the others.

Take any Civics 101 course and you’ll learn that the legislative branch is the only branch given the constitutional authority to create and pass laws. It is the executive branch’s job to execute those laws.

At least, that is how the system is supposed to operate, but in practice it does not always work that way. Deep within government there lies a shadow government of unelected officials—often known as the “administrative state,” who are a part of the executive branch, but who violate the separation of powers by exercising both executive and legislative, and sometimes judicial, power.

To put it in simple terms, the administrative state is an offshoot of the executive branch and consists of all those agencies with confusing acronyms that politicos throw around on a regular basis. The Environmental Protection Agency (EPA), the Centers for Disease Control and Prevention (CDC), and the Transportation Security Administration (TSA) are just a few examples, and the list is seemingly never-ending.

Those who run these agencies are typically appointed by the president, and it’s not uncommon for staff to change with each new administration. Agencies and their heads may be seen as part of the executive branch, but that is mostly in name only, as they are often independent of the executive and they exercise legislative power—something they have no constitutional authority to do.

Judges are supposed to monitor and stop agency overreach. But in 1984, the Supreme Court issued a landmark decision in Chevron U.S.A. v. Natural Resources Defense Council creating what is known as Chevron deference.

Chevron instructs judges to defer to agency bureaucrats’ “reasonable” interpretation of laws they are tasked with carrying out, instead of interpreting the law for themselves.

Chevron is not the main reason administrative agencies exercise legislative power. It really comes down to two things. First, Congress has given them broad and vague powers. Second, the courts, via Chevron deference, have allowed agencies to interpret that power. The result is that they basically make, enforce, and interpret laws, the accumulation of which Madison called “the very definition of tyranny.”

The Chevron opinion instituted a two-step test: First, does the statute say anything about the matter the agency seeks to regulate? If not (or if it is ambiguous), is the agency’s interpretation reasonable?

The term “reasonable” is itself ambiguous. And even when the courts have disagreed with the agency’s interpretation of the statute in question, they must defer to the agency if it passes the two-step test.

Essentially, this means that if Congress has not addressed a specific concern, the agency in question gets to interpret the statute as it wants and pass rules—which have the force of law—establishing how individuals and companies run their businesses and order their lives.

To make matters worse, when these cases are challenged in court, the two-step test overwhelmingly tips the scale in favor of the agencies. When Chevron is applied, agencies win nearly 80% of the time—effectively hijacking the role the Constitution gives solely to Congress.

Armed with this legal precedent, agencies have extended their powers well beyond what the Constitution allows.

Thomas Jefferson once said about officials in power, “Let no more be heard of confidence in man but bind him down from mischief by the chains of the constitution.” The administrative state has managed to break free of these chains. And Chevron deference is a large part of the reason why.

Well-intentioned as this plan may have been, as with many government actions, there were unforeseen consequences. In this case, the increase in otters resulted in a drastic decrease in shellfish—a commodity many fishermen rely on to provide for their livelihoods.

The otters loved shellfish, jeopardizing the existence of the fisheries that caught and sold them. Adding insult to injury, because the otters were now a federally protected species, and drawn to lobster traps containing their favorite food, fishermen could be federally prosecuted if an otter were to be caught and harmed in the traps.

Intent is an important tenet of our legal system, and because these fishermen did not necessarily mean to harm the otters, Congress intervened, adding safeguards to protect them from accidentally breaking the law. With new protections in place, the fishermen worried less, and the otter population slowly but surely grew.

It seemed like a win/win situation for all parties involved, until 2012 when the FWS decided that the sea otter population had not increased rapidly enough. The agency then made a declaration wherein it stated that it would no longer adhere to Congress’ protection of fishermen and fisheries.

Several fishing industry groups and the California Sea Urchin Commission sued the FWS. The U.S. Court of Appeals for the Ninth Circuit upheld the FWS decision under Chevron finding that the agency’s interpretation of the underlying statute was reasonable.

As Pacific Legal Foundation attorney Jonathan Wood wrote before arguing the case in the Ninth Circuit in 2018:

“If this were an ordinary dispute between private parties, a court would simply look at the agreement and see whether it allowed one side to unilaterally terminate the other side’s benefit of the bargain… Unfortunately, in the modern administrative state, that’s not how courts resolve conflicts between federal agencies and private parties.”

According to some legal scholars, the ruling in Chevron was never meant to have such far-reaching implications. It was meant to give agencies, which specialize in certain fields, some leeway to use their expertise in instances when the law itself was loose or vague.

But the application of the Chevron deference has proven itself to be in blatant disregard of the separation of powers set forth in our Constitution. Legislators have delegated much of their job to unelected bureaucrats, resulting in regulations that are often in an agency’s own best interest.

Understanding its unconstitutionality, there are some judges who would like to see Chevron abolished.

Justice Clarence Thomas argued in his concurring opinion in Michigan v. Environmental Protection Agency that Chevron deference is unconstitutional and asked the court to re-evaluate its use.

Justice Neil Gorsuch has also been vocal in his opposition to Chevron, writing a scathing concurring opinion for the U.S. Court of Appeals for the Tenth Circuit in Gutierrez-Brizuela v. Lynch.

“What would happen in a world without Chevron? If this goliath of modern administrative law were to fall? Surely Congress could and would continue to pass statutes for executive agencies to enforce. And just as surely agencies could and would continue to offer guidance on how they intend to enforce those statutes. The only difference would be that courts would then fulfill their duty to exercise their independent judgment about what the law is. Of course, courts could and would consult agency views and apply the agency’s interpretation when it accords with the best reading of a statute.”

“But de novo judicial review of the law’s meaning would limit the ability of an agency to alter and amend existing law. It would avoid the due process and equal protection problems of the kind documented in our decisions. It would promote reliance interests by allowing citizens to organize their affairs with some assurance that the rug will not be pulled from under them tomorrow, the next day, or after the next election. And an agency’s recourse for a judicial declaration of the law’s meaning that it dislikes would be precisely the recourse the Constitution prescribes—an appeal to higher judicial authority or a new law enacted consistent with bicameralism and presentment. We managed to live with the administrative state before Chevron. We could do it again.”

The Wall Street Journal: Who gets to make the rules? Washington may finally get it right February 08, 2021 I By TODD GAZIANO