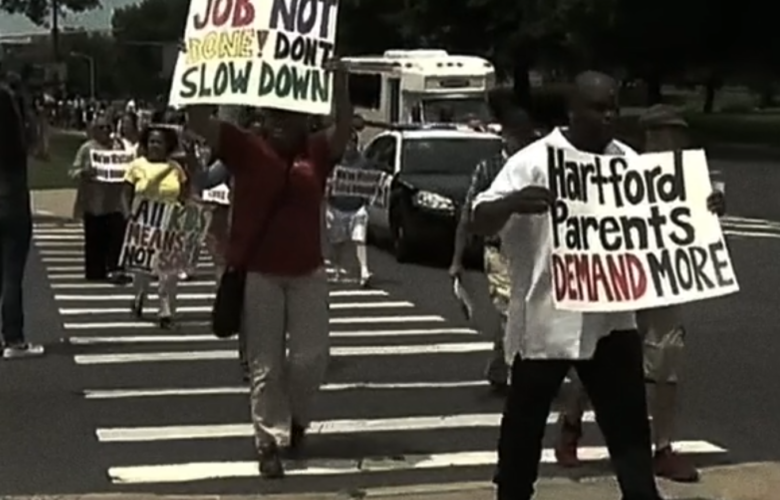 America’s civil rights movement ended the legalized segregation that forced black students into separate—and very much unequal—schools. But decades later, the quality of education for too many of the country’s minority children has still not improved. And unfortunately, instead of fighting for better-quality education for all students regardless of their race, some school districts are reverting to discrimination.

Since the end of Jim Crow, school districts have widely pushed integration policies to cure racial inequality in schools. Historically, because many schools are funded through local property taxes, money has followed white children, who are richer on average. As a result, schools with predominantly minority student bodies have been much worse than predominantly white schools. So it’s intuitive to believe integrated schools (through bussing or redrawing district boundaries) would resolve the inequalities between them.

But for both historic and economic reasons, many cities and neighborhoods across the country are still mostly segregated today. And because school districts assign children to schools based on where the children live, those in racially isolated neighborhoods end up at schools with other children who are mostly the same race.

In response to this persistent inequity, Connecticut attempted a new twist on integration: create magnet schools that are funded by the state, not local property taxes. By directing the increased funding toward building better magnet schools in areas that needed it the most, the state could offer minority students superior educational opportunities.

But Connecticut’s plan didn’t just change school funding. They tweaked the admissions system at these magnet schools to ensure that at least 25% of the students would be white and Asian, with a maximum of 75% of students who were black or Hispanic. Education reformers hailed the Connecticut system as an integration model that could be used nationwide.

Unfortunately for many minority Connecticut students, it didn’t work out that way. Many of these schools can’t attract enough white students to satisfy the state’s designated racial quota. In Hartford, for instance, most white students live in districts with high-quality suburban schools and have no real incentive to get bussed to a magnet school farther away. But if these magnet schools don’t have enough white and Asian students, they must leave seats empty and turn away qualified black and Hispanic students who would be able to attend otherwise.

And what happens if a magnet school admits more black or Hispanic students than the state’s 75% limit? They risk losing their state funding and magnet status. Some high-performing schools, like Creed High School in New Haven, have even been shut down completely for admitting more minority students than the state allows.

Connecticut’s racial quotas perversely hurt the very children they were supposed to help. The state succeeded in creating high-quality magnet schools. But the mandated racial quotas block deserving students from taking advantage of those opportunities—all because they’re the wrong color.

If Connecticut eliminated its rigid system of racial quotas, (as PLF argues in a recent lawsuit), these high-performing magnet schools would have more seats for minority students to get a better-quality education.

People should ask themselves: Are you more interested in giving students a quality education, regardless of their race? Or are you more interested in integrating schools, even if it means hurting minority students? It’s true that, given the district’s demographics, if Connecticut scrapped its racial quotas, Hartford’s magnet schools would likely have mostly minority students. But if those students are receiving a better education, isn’t that the goal?

Charter school educator and activist Sharif El-Mekki of Philadelphia summed up the issue of school discrimination well when he said, “[I heard] a quote, ‘We want quality integrated schools.’ And my thought bubble was ‘How about we want quality schools?’”

Watch Quota, PLF’s new documentary about the fight against discrimination in Hartford.

It’s unconstitutional for Fairfax County to discriminate against Asian-American students October 07, 2020 I By ERIN WILCOX