Jason and Elizabeth Riddick live in Malibu, California, with their three children. Elizabeth’s mother, Renee Sperling, is aging with several disabilities, including immunodeficiency. The Riddicks seek to add an attached ADU onto their existing single-family home in order to provide Renee a safe and private place to live. The Riddicks’ modest proposal for their attached ADU is the perfect solution for them, and one which is explicitly condoned by California law as an essential part of the solution for the state’s housing crisis. In an effort to prevent this, however, the Malibu City Council denied the Riddicks’ ADU application. State law dealing with ADUs fully preempts local restrictions, so the Riddicks are fighting back.

Jason and Elizabeth Riddick live in Malibu, California, with their three children. Elizabeth’s mother, Renee Sperling, is 82 years old and suffers from numerous ailments, including glaucoma, arthritis, asthma, and osteoporosis, and is immunocompromised. Renee wants nothing more than to age in place near her family and with her dog, while maintaining her privacy and, given her immunodeficiency, a medically necessary buffer from her grandchildren.

The Riddicks weighed their options and were excited about their decision to build an accessory dwelling unit as an add-on to their home. A perfect solution for the Riddicks, ADUs, better known as “granny flats” or “in-law apartments,” are recognized as a valuable and essential component of California’s solution for the state’s housing shortage. In fact, state law establishes the right to build ADUs, and recent legislative reforms aim to foster their development by severely limiting local government restrictions.

Despite the state law, the written support of the Riddicks’ HOA and all surrounding neighbors, and $40,000 spent on geologic surveys and other permit requirements, the Malibu Planning Commission denied their application.

The Planning Commission claimed that while their modest ADU proposal complies with state law, it doesn’t comply with Malibu’s Local Coastal Program—the same commission whose staff told the Riddicks early in the process that their project is “like a posterchild for why the ADU law was created.”

Because state law dealing with ADUs fully preempts local restrictions, the Riddicks appealed to Malibu City Council. Now, with free-of-charge representation from PLF, the Riddicks are fighting to restore the right to use their property in a way that best serves their family. 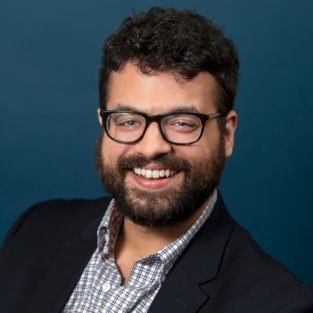