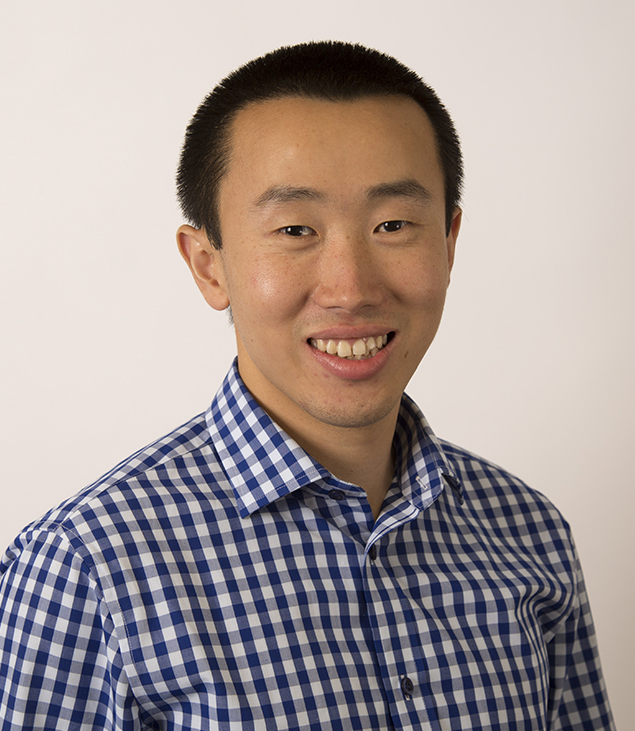 Wen Fa is an attorney with Pacific Legal Foundation. He has litigated cases in all of PLF’s practice areas and focuses on equality before the law and free speech. Having immigrated to America from Beijing, Wen believes that individualism and innovation are critical to human flourishing in the United States and around the world. He relishes the opportunity to advance these ideals though his litigation and communication.

Wen was one of the primary attorneys in two of PLF’s recent Supreme Court cases: Minnesota Voters Alliance v. Mansky and Cedar Point Nursery v. Hassid. He has fought to vindicate equality before the law in numerous cases, in which he represented parents and students fighting against racial discrimination in Hartford, St. Louis, and New York. As the Geza and Cynthia Karakas Attorney for Free Speech, Wen represented a university professor, an army veteran, and a gay musician in their challenge to the California Department of Motor Vehicles’ vague prohibition on speech it considers “offensive to good taste and decency.”

In addition to litigation, Wen promotes principles of individualism and opportunity in the court of public opinion. In 2021, he testified before Congress about PLF cases regarding equality before the law. Wen has published op-eds in The Wall Street Journal, San Francisco Chronicle, and City Journal. He has talked about PLF cases in podcasts, on television, and in speeches to students at Georgetown, Berkeley, University of Southern California, and other law schools around the country.

Wen graduated with a bachelor’s degree in finance from the University of Texas-Dallas, a master’s degree in political theory from the London School of Economics, where he studied under libertarian scholar Chandran Kukathas, and a law degree from the University of Michigan. Prior to joining PLF, Wen worked at the Human Rights Initiative and the Austin chapter of the Institute for Justice. Wen is licensed to practice law in California, Texas, and several federal district and appellate courts, including the Supreme Court of the United States.

When he’s not hard at work, Wen enjoys playing and watching sports, listening to podcasts, and traveling. Wen lives in Northern California with two dogs and a mischievous cat, who he found and rescued from a Green Acres parking lot in 2018. 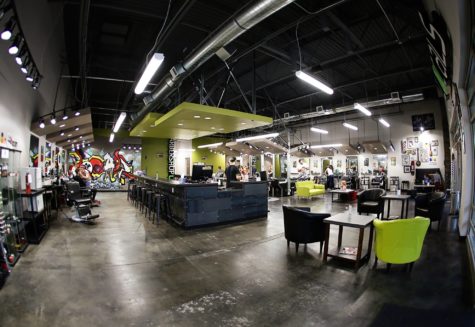 Etienne Hardre was forced to close his barbershop in Colorado Springs, CO, at the start of the pandemic and has operated at reduced capacity since. He worked tirelessly to find relief programs and grants that would allow him to keep his business afloat and provide for the livelihood of his family and employees. In December, the Governor signed legi ... 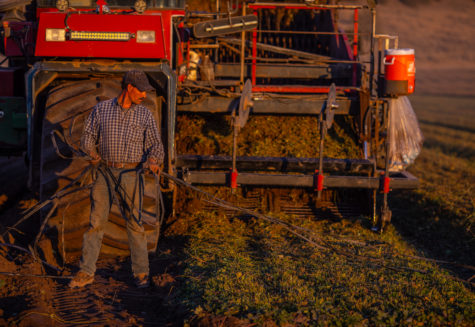 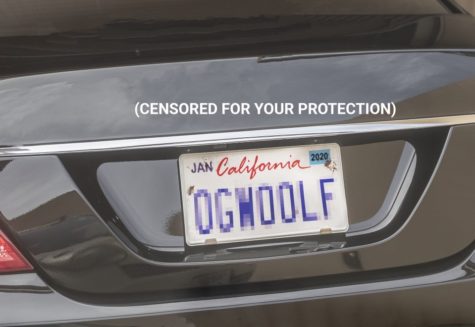 To Chris Ogilvie’s military friends, he’s known as OG—a nickname stemming from boot camp. To his friends back home, Chris is known as Woolf. So, upon his honorable discharge following four tours overseas including Iraq and Afghanistan, the Army veteran bought a car and applied for a personalized license plate spelled “OGWOOLF.&# ... 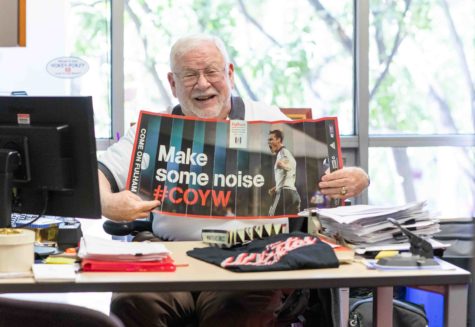 Jon Kotler is a First Amendment professor at the University of Southern California (USC). He is also a huge fan of the London-based Fulham Football Club and a longtime season ticket holder. Wishing to celebrate the team’s recent success, Jon applied for a personalized license plate with the letters “COYW,” which stands for “ ... 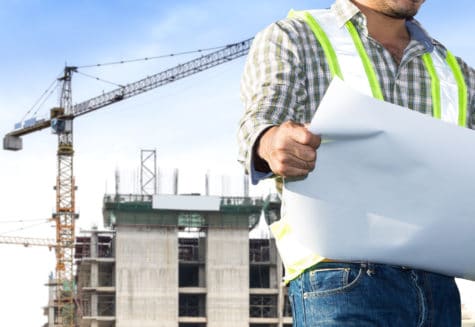 With 75 buildings and 35,000 students, there’s plenty of construction work in the Minneapolis School District. But many hardworking Minnesotans never get a shot at a school project. In 2004, the district adopted a project labor agreement, or PLA, that favors politically powerful unions over nonunion contractors. This type of agreement forces ... 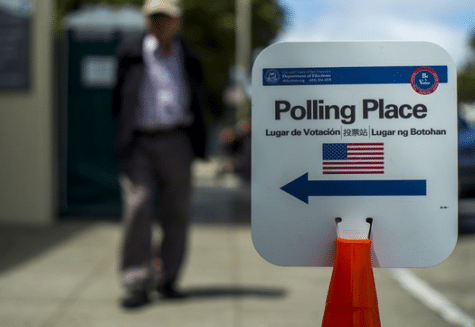 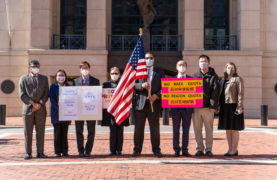 The horrific murders in Atlanta last week inspired an outpouring of support for Asian-Americans. "An attack on any group of us is an attack on all of us—and on everything we represent as an institution," Harvard President Lawrence Bacow said in a statement. "To Asians, Asian Americans, and Pacific Islanders in our community: We stand ... 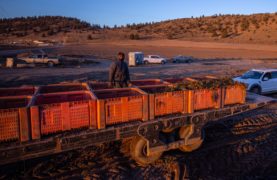 On March 22, the Supreme Court will hear argument in Cedar Point Nursery v. Hassid, Pacific Legal Foundation's latest case before the Supreme Court. As my colleague Joshua Thompson will argue before the Court, the case involves an important question of property law: Does the government have to pay the property owner when it takes ... 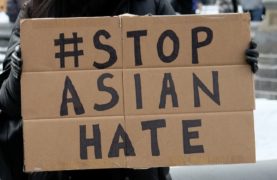 On March 18, 2021, Pacific Legal Foundation Attorney Wencong Fa will testify before the House Subcommittee on the Constitution, Civil Rights, and Civil Liberties. Wencong will be speaking about discrimination against Asian Americans in Education. You can watch the hearing here. You can read Wencong’s statement below: *** Chairman Cohen, Vice ...

On March 22, my PLF colleague Senior Attorney Joshua Thompson will make arguments before the Supreme Court on behalf of the plaintiffs in the case of Cedar Point Nursery v. Hassid, one of the most important cases involving property rights in recent memory. The owners of Cedar Point Nursery, an agricultural grower in Dorris, California, ... 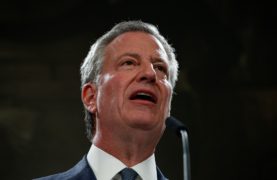 The tragic death of George Floyd in Minneapolis last summer has led to renewed interest in an important topic: equality before the law. Although Americans are united in their pursuit of this important principle, they are divided on what the term means. This divide is not along right-left lines. Instead, it is between collectivists who ... 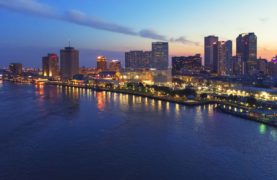 In 2020, COVID-19 devastated many small businesses, including construction companies that work on public projects such as public roads, public schools, or public hospitals. In 2021, Chicago can make it easier for those contractors to earn a living by eliminating its set-asides for minority-owned businesses. Chicago's Minority Business Enterprise (M ...